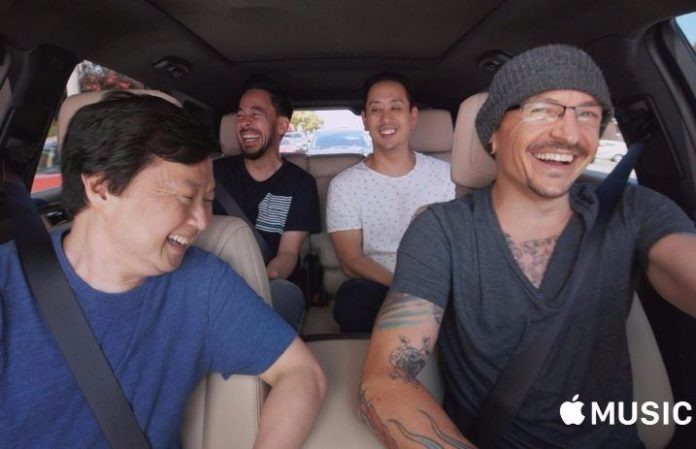 A week before Linkin Park frontman Chester Bennington’s passing, the band filmed an episode of James Corden’s Carpool Karaoke, which was set to air on Apple TV. Host James Corden said that the airing of the episode is not up to him, but rather, Bennington’s family.

And today, Linkin Park shared an update on their official Facebook page, saying that the episode will be available “this time next week.”

The episode, which features actor and comedian Ken Jeong, will be streaming for free on Facebook, the band's message explains.

Following Corden’s original statement, Bennington’s wife, Talinda, shared a statement of gratitude for the show’s decision to leave it up to family and friends to decide to air the Linkin Park episode. She took to Twitter earlier today to confirm that with her family's blessings, the episode will be airing next week.

The band have recently been sharing heartfelt footage of Chester Bennington, reflecting on some of their favorite memories they share as a band. Clips featuring on-stage and behind-the-scenes footage of Bennington, showing the positivity and warmth he brought the band. You can watch some of the beautiful moments here.

The band will be celebrating Chester Bennington's life with a special tribute show later this month. Members of Korn, System Of A Down, Bring Me The Horizon, Avenged Sevenfold and more have been tabbed for Linkin Park's upcoming Chester Bennington tribute concert at the Hollywood Bowl on Friday, Oct. 27. Check out the concert details here.