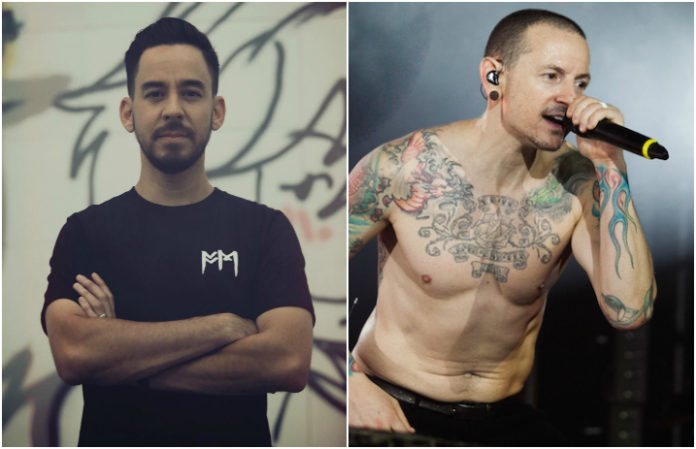 On the heels of last weekend's all-star Chester Bennington tribute concert in Los Angeles, which included performances from members of Blink-182, System Of A Down, Bring Me The Horizon and more, Shinoda fondly recalls the frontman's gracious gift to Kerrang!, as reported by the NME.

“He was the kind of guy that when you would compliment his voice, especially early on, he would look away,” Shinoda says of Bennington. “He would deny it or he would make a self-deprecating comment. While one part of him really enjoyed being the center of attention, another part of him ran away.”

Bennington's tragic death in July launched a tidal wave of tributes for the Linkin Park singer. Shinoda himself compares Bennington to genre-leading stars like Depeche Mode's lead singer, Dave Gahan, or the aforementioned superstars Mercury and Hetfield. “That was part of the beauty of Chester,” Shinoda says.

“He was inspired by a wide range of singers… people like Dave Gahan, James Hetfield and Freddie Mercury,” adds Shinoda before again highlighting the musician's modesty. “I would occasionally remind him that he was in that category but he never agreed with me. He never acknowledged that he was.”

Still, Shinoda says Bennington's power was felt throughout the music industry and beyond. The Linkin Park musician reveals that numerous performers have reached out to the band to pay their repsects to Chester.

“In the past few months, dozens of artists have reached out publicly and privately to let us know what an inspiration Chester and the band have been.”