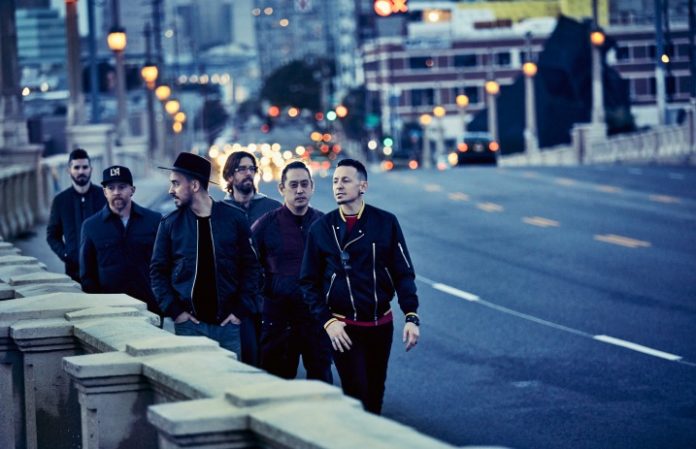 After an amazing performance on the The Late Late Show with James Corden, Linkin Park has debuted their new video for “Heavy.”

Linkin Park announced their seventh studio album, One More Light, and unveiled “Heavy” on Feb. 16. Watch clips of the band in the studio here.

You can preorder One More Light here including the “Just Give Me Everything” box set which features a limited edition hardcover book, a limited edition collector's enamel pin set and a one of a kind photo “taken of the band, by the band and staff.”

One More Light follows up Linkin Park's 2014 LP The Hunting Party and will be released on May 19.

Check out the new video below and tell us what you think in the comments!