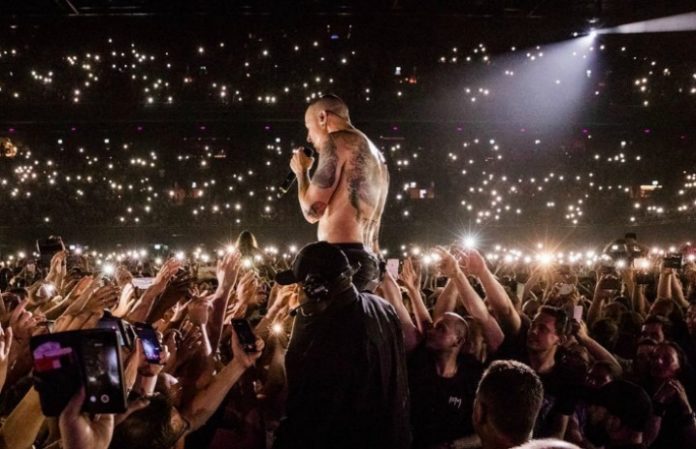 Steve Aoki has shared a remix of Linkin Park's “One More Light,” and it’s a heartfelt tribute to Chester Bennington.

The remix was shared just ahead of the Chester Bennington tribute event, which will be taking place tomorrow night in Los Angeles.

Listen to Steve Aoki’s remix of “One More Light” below:

Members of ONE OK ROCK, Blink-182, System Of A Down, Korn, Bring Me The Horizon, Avenged Sevenfold, Yellowcard and Machine Gun Kelly will perform at the special concert at the Hollywood Bowl in Los Angeles tomorrow.

Plus, the Hollywood Bowl concert will be streaming live on Linkin Park's YouTube channel for free.

Linkin Park first announced the tribute show back in September—it will be the first time the band have performed since Bennington's unexpected death in July, after canceling their scheduled U.S. tour and Japan appearances.