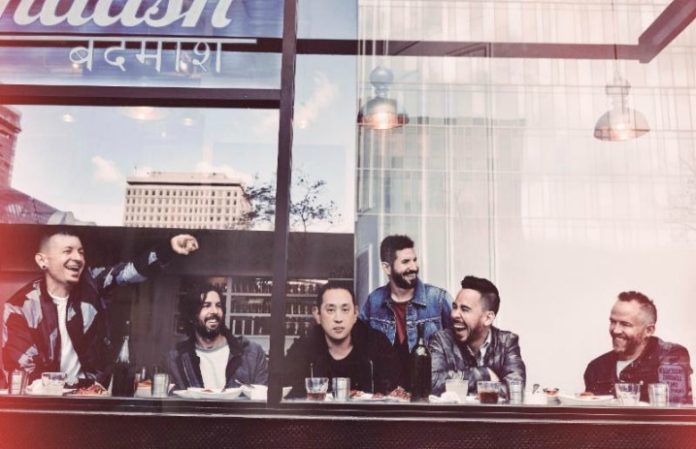 Following the loss of frontman Chester Bennington last week, Linkin Park have shared a message of love for Bennington and the impact he had on his family, friends and fans.

“Our hearts are broken. The shockwaves of grief and denial are still sweeping through our family as we come to grips with what has happened,” their statement reads.

Read it in full below.

It was announced last week that Bennington had died, with the Los Angeles County coroner confirming that it was suicide. Following the news, the band launched a special site dedicated to Chester, sharing memories and additional resources for those struggling with suicidal thoughts.

In their Facebook post, they explain that Bennington’s loss “leaves a void that can never be filled,” saying that they are not sure what their path for the future may be. Read it in full below:

Our hearts are broken. The shockwaves of grief and denial are still sweeping through our family as we come to grips with what has happened.

You touched so many lives, maybe even more than you realized. In the past few days, we’ve seen an outpouring of love and support, both public and private, from around the world. Talinda and the family appreciate it, and want the world to know that you were the best husband, son, and father; the family will never be whole without you.

Talking with you about the years ahead together, your excitement was infectious. Your absence leaves a void that can never be filled—a boisterous, funny, ambitious, creative, kind, generous voice in the room is missing. We’re trying to remind ourselves that the demons who took you away from us were always part of the deal. After all, it was the way you sang about those demons that made everyone fall in love with you in the first place. You fearlessly put them on display, and in doing so, brought us together and taught us to be more human. You had the biggest heart, and managed to wear it on your sleeve.

Our love for making and performing music is inextinguishable. While we don’t know what path our future may take, we know that each of our lives was made better by you. Thank you for that gift. We love you, and miss you so much.

Until we see you again,

Last week, the band confirmed that they had canceled their One More Light tour, with Blink-182 announcing that they would not be continuing with their shows as well.