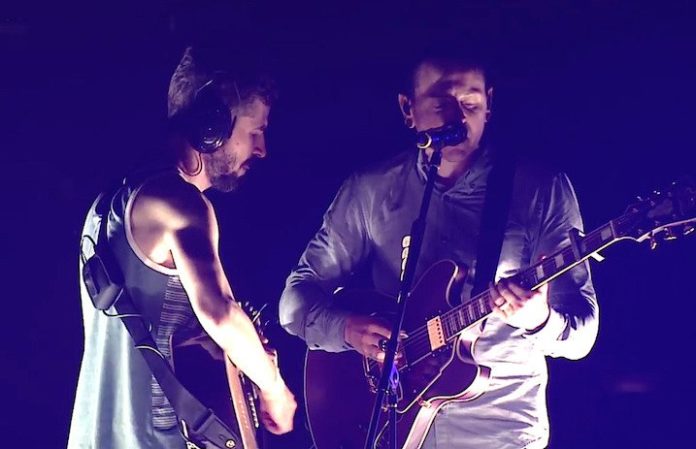 Linkin Park have just released a moving performance video of their One More Light song “Sharp Edges,” taken from the new live album One More Light Live, out tomorrow, Dec. 15. Watch the emotional concert clip below.

“We'd like to play something for you that we worked up today… in the dressing room,” announces late Linkin Park vocalist Chester Bennington at the start of the clip. Bennington and guitarist Brad Delson then deliver a somber but striking run-through of One More Light's closing track.

As reported by Rolling Stone, One More Light Live will serve as a document of the group's final tour with Bennington, who unexpectedly died on July 20 at age 41. In revealing the new live release, Linkin Park's members recall Bennington's determined artistry when recording their latest studio album.

“We dedicate this live album to our brother Chester,” the group say, “who poured his heart and soul into One More Light… [W]e joked with Chester that—since he had delivered so many stunning performances in the studio—he had set the bar extra high to produce that alchemy on stage.”

Add the band, “Not surprisingly, he welcomed the challenge.”

Check out the live video of Bennington, flanked by Delson, owning up to that challenge during the group's One More Light World Tour 2017. “All the things I couldn't understand, never could've planned,” Bennington sings on the solemn Linkin Park cut. “They made me who I am.”