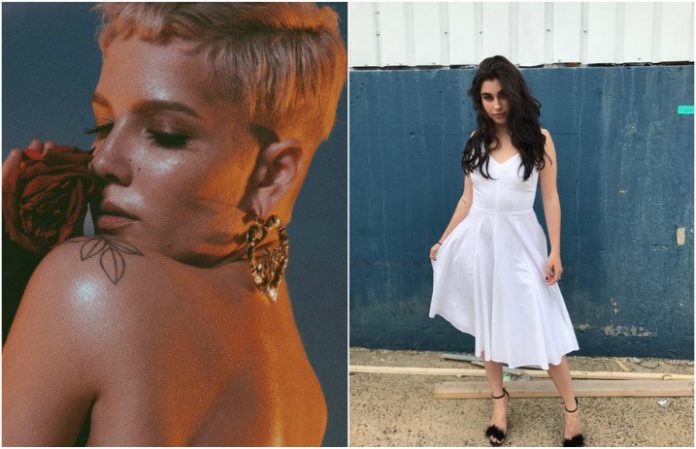 Halsey has released a new song off of her upcoming sophomore album, hopeless fountain kingdom. The song is titled “Strangers” and features Fifth Harmony’s Lauren Jauregui.

The song, a pro LGBTQ tune about the love between two girls, is close to Halsey and Lauren’s hearts as they’re two proud bisexual women. About the song’s female pronouns she says, “It’s unheard of. It’s very rare to see it from a female perspective.”

Check out the tune below.

Halsey’s album will be released June 2. She’s also released a teaser video of herself and Jauregui to get fans excited for the music video. Check it out below.

Not a music video but this gives u a little hint about what might go down between Luna and @LaurenJauregui‘s character. Choose your house. pic.twitter.com/oc9G4vfuu4