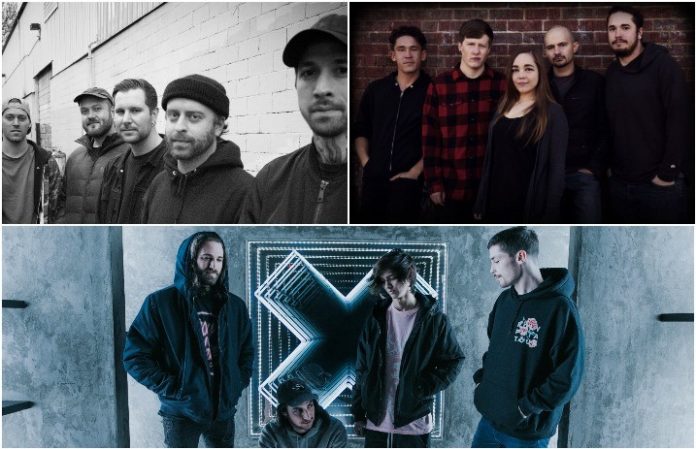 Watch a new music video from Polyphia—plus, don’t miss Vein on tour with Code Orange and Twitching Tongues. Check out the news you might have missed today below!

We’re really excited to announce we’ve signed with @nosleeprecords – can’t wait to get this new record out there for you guys to hear! Stoked to be a part of the family! ❤️

Canadian pop-punk band Living With Lions just signed to independent record label No Sleep Records. The label is known for having signed artists such as Balance and Composure, La Dispute and The Wonder Years. Living With Lions have plans to release a new record in the fall.

In their Scream It Like A Girl Series, the Anchor covered Suicide Silence’s song “Unanswered.” The band’s Linzey Rae has been taking songs from male-fronted bands and covering them in an effort to break the genre’s stereotypes. Their latest EP, Make It Last, is available for you to purchase here.

Hardcore band, Vein just released a new song from their upcoming album errorzone. “Demise Automation” is the second single from the record, due out June 22 on Closed Casket Activities. You can preorder a copy of it here. In addition to their debut LP, Vein will be hitting the road with hardcore wizards Code Orange and Twitching Tongues. All of the dates are listed below.

4. Weller announce they will release their self-titled debut LP on Tiny Engines

Produced by Modern Baseball’s Jake Ewald, Weller’s debut LP is set to be released on June 29 with Tiny Engines. Brooklyn Vegan premiered the indie rockers’ track, “Boroughs,” and you can listen to it above. You can preorder your copy of their self-titled here.

From their upcoming debut with Run For Cover Records, Self Defence Family released their second track from Have You Considered Punk Music. Premiering the track on Talkhouse, the melodic punk band also wrote an essay about fostering creativity that you can read here. You can preorder their album here.

6. Fiddlehead announce set at Back To School Jam

We're playing Back To School Jam this year. Come and celebrate education with us in September. pic.twitter.com/BZmnSA7Q5b

Fiddlehead just announced they will be playing Back To School Jam in Jersey City, NJ with Power Trip, Buried Alive and many others. The festival will take place at White Eagle Hall Sept. 8. You can pick up your tickets here.

Instrumental progressive metal group Polyphia released a new song titled, “G.O.A.T.” In addition to the new track, they also released an accompanying music video that you can watch above. The band will also be joining Chon, tricot and TTNG on their Super Chon Bros 2 Tour tonight. You can grab your tickets here.

Watch more: Chris #2 of Anti-Flag talks about the music he just can’t listen to anymore