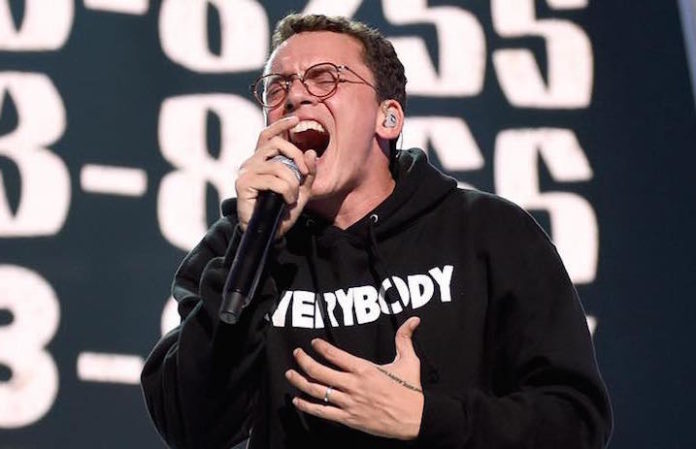 Logic's inspiring VMAs performance of “1-800-273-8255,” a courageous song about the rapper's own struggles with depression and suicidal thoughts, reportedly prompted a 50-percent uptick in calls to suicide prevention hotlines.

As reported by the FADER, the rapper took the stage at Sunday's MTV Video Music Awards with artists Alessia Cara and Khalid, surrounded by suicide attempt survivors, to make a public plea for mental health awareness and suicide prevention with the tune from his recent album, Everybody. The empathetic performance apparently moved the needle, as the the National Suicide Prevention Lifeline received a reported 50-percent increase in calls.

“It's not just about the calls,” John Draper, director of the National Suicide Prevention Lifeline, tells CNN about Logic's VMAs showing. “It's about increasing awareness about suicide, and suicide prevention in particular. The calls don't even begin to count the number of people who, just by listening to the song and hearing the lyrics, feel more hopeful and less alone.”

“This past year, our audience was forced to say goodbye to musicians too soon because of suicide,” says the VMAs' executive producer Garret English, alluding to the recent deaths of both Linkin Park's Chester Bennington and Soundgarden's Chris Cornell. “We want to do more than remember these artists. We want to remind people that suicide is preventable and that there are ways to get help and feel better if you're struggling emotionally.”

Logic joins a growing list of musicians helping to push mental health issues to the collective fore, including recent exhortations from bands such as Foo Fighters, and artists like Real Friends' Dan Lambton and Clown from Slipknot.

Watch more: Twenty One Pilots win Artist Of The Year at the 2016 APMAs