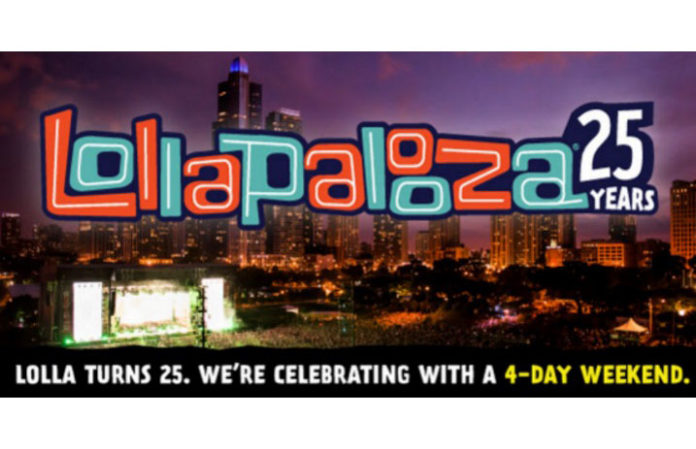 In celebration of its 25th anniversary, Chicago's annual Lollapalooza music festival will extend to four days in 2016 from its usual three-day run.

As if Lolla wasn't already a jam-packed weekend, next year's festival will feature an incredible 170 bands, starting Thursday, July 28 and ending Sunday, July 31. The jump to four days will move Lolla into the ranks of Bonnaroo, Sasquatch and Firefly.

The 2016 lineup, as well as tickets, will be announced in the spring of 2016. Regular four-day admission will cost $335, while all one-day passes will be $120. Don't wait, though—tickets typically sell out the day they go on sale.