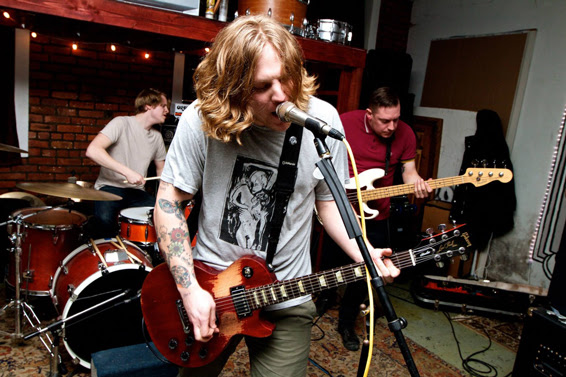 Detroit, MI's Loose Planes will release their debut self-titled EP on July 8 via 6131 Records, where pre-orders are available now. They enlisted Matt Jordan (Into It. Over It., You Blew It!, Their / They’re / There) to engineer at Atlas Studios and then had Will Yip (Balance And Composure, Title Fight, Polar Bear Club) master them at Studio 4.

Two songs from the seven-inch are streaming below: “Licking Cement” and “Cave.”

Side note: their singer went to Bled Fest and it was hilarious.