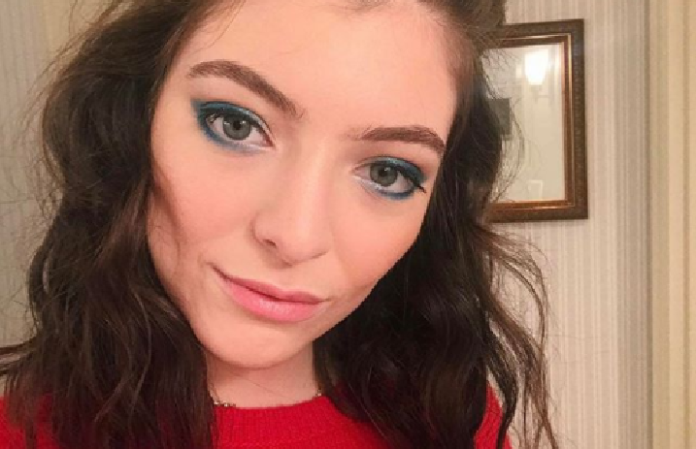 Lorde used an ad to share a beautiful hardwritten note to fans the day after the Grammys.

“I just wanted to say thank you, from the bottom of my heart, for loving and embracing Melodrama the way you did,” the singer wrote. “Thank you, also, for believing in female musicians.”

Read more: Grammys president responds to backlash after telling women to “step up” to win

Lorde took out a full-page ad in The New Zealand Herald to share the message, in which she also said her Grammy nomination belongs to fans.

The notes comes after two huge controversies. First, #GrammysSoMale became a major topic of discussion because Lorde was the only Album Of The Year nominee who wasn't invited to perform solo during the awards show.

Then, Recording Academy president Neil Portnow blamed women for not being good enough to receive nominations and take home awards. “It has to begin with… women who have the creativity in their hearts and souls, who want to be musicians, who want to be engineers, producers, and want to be part of the industry on the executive level… [They need] to step up because I think they would be welcome,” he told Variety.

Portnow later apologized in a statement to Variety.

“Our industry must recognize that women who dream of careers in music face barriers that men have never faced. We must actively work to eliminate these barriers and encourage women to live their dreams and express their passion and creativity through music,” he said. “We must welcome, mentor, and empower them. Our community will be richer for it.”

Did you see the beautiful message from @lordemusic in today’s paper? She took out a full page ad to thank her fans for embracing her album and believing in female musicians ���� #lorde #lordemusic #nzherald

Angelo and I sat in Madison Square Garden last night and saw a lot of crazy and wonderful things.

I just wanted to say thank you, from the bottom of my heart, for loving and embracing Melodrama the way you did. My nomination belongs to you. Thank you, also, for believing in female musicians. You set a beautiful precedent.

All my love, Lorde.”

Lorde had already shared a strong statement with her gown during the ceremony, using a quote from Jenny Holzer to join the #TimesUp movement at this year’s Grammys. “The apocalypse will blossom,” the quote says.

My version of a white rose — THE APOCALYPSE WILL BLOSSOM — an excerpt from the greatest of all time, jenny holzer ����