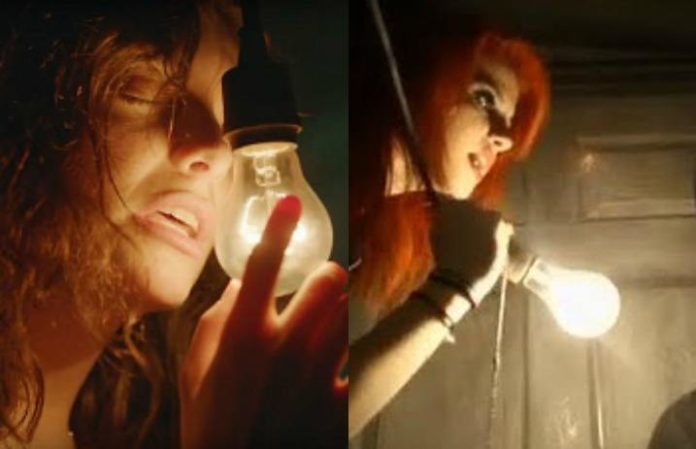 A few days ago, New Zealand alt-pop superstar Lorde dropped her video for “Perfect Places,” the newest single from her sophomore record Melodrama.

Once the music video dropped, Lorde sent her fans on an Easter egg hunt, telling them via Twitter that there were a few to be found in the video…but is one of them a Paramore reference?

Read more: Are we done asking Hayley Williams about that “Misery Business” lyric?

Here's what she said:

Fans were able to find some cute ones sprinkled in:

NIIIICE ���� beaten up merch from another life https://t.co/KL2FxUYCoi

But one fan spotted a potential Easter egg that really caught our attention, noting the similarity in the lightbulb motif between Lorde's video and Paramore's “Ignorance”:

This reminds me of Hayley Williams in Ignorance pic.twitter.com/HCzk1C85H3

Now this is one we can get behind. Seem far-fetched? Maybe not quite so much. Lorde has proven to be a Paramore fan in the past, tweeting these lyrics from Paramore's “Proof” back in 2016:

So who knows? Anything is possible. Check out the two videos below to compare:

So what do you think—do you see the resemblance? Do you think the “Perfect Places” video references “Ignorance”? Let us know in the comments!

Both artists' new albums, Lorde's Melodrama and Paramore's After Laughter, are out now.