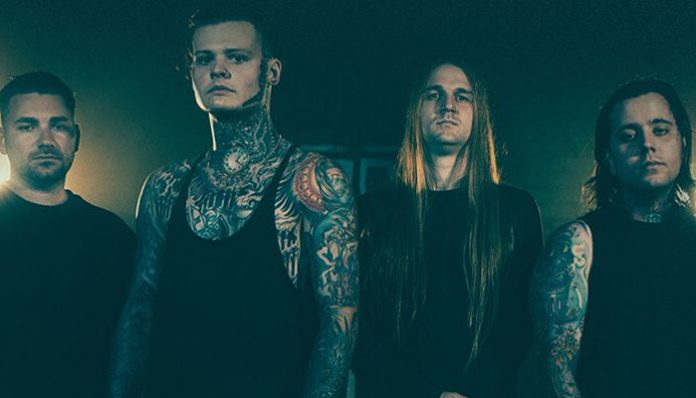 Back in December, allegations of abuse against former Lorna Shore vocalist CJ McCreery led to the deathcore band dropping him and now guitarist and founding member Adam De Micco is speaking on how it’s affected him.

In an interview with BREWtally Speaking Podcast, he explains the worries he had regarding if someone else’s actions were going to have a major impact on the band he’s worked for a decade to build.

To backtrack, on December 23, the band made a post on their Facebook page making it clear the musician is no longer with them.

McCreery stepped into the band after former vocalist Tom Barber left in 2018 to join Chelsea Grin.

Although not in their post, several women have come forward with allegations of abuse from McCreery over the past while.

They eventually had to cancel plans for a tour across Asia on January 1 with no option for a vocalist in sight. Their plans for releasing their album, which arrived on January 31, were also up in the air for some time.

Then, they announced they would forge on and release the album with McCreery’s vocals despite the controversy. You can read their full statement here.

Reactions to the album have been fairly positive overall with fans recognizing that the rest of the band shouldn’t be punished.

Now, De Micco is saying he was worried the situation would derail everything he worked towards. You can read his comments below.

“I mean, believe me it was a lot of frustrating experiences, cause even before the record came out it’s like I’ve put 10+ years into this band, and a lot of effort and a lot of work.

Prior to that we just released a single/video for Immortal, and I was seeing so much positive feedback. I was getting interviews and everyone’s like I can’t wait for the record to come out, its phenomenal like ‘oh my god finally.’ We can see the light at the end of the tunnel.

I’m like fuck, this could all go away based off of not even me. Not even like I put out a bad record, not even like I did something on my part—like chose not to tour and whatnot, and being responsible for. Like this could potentially harm me, in a sense where this is going to ruin everything I’ve created.

So we’ve had those thoughts, I was very frustrated and I’d call Austin [Archey, drums] being like dude we put in so many years, cause Austin’s been there pretty much from the beginning as well. He’s been in this band for about 8 years now, so he’s put in tons of work. It was quite frustrating to have that thought and think about that. But we realized that none of that served us. We realized thinking that would not make the situation any better.

You could be blaming someone, and be like ‘this is all your fault’, but it didn’t feel good thinking that sort of way. So we approached it in the sense of there’s no sense in thinking that, to keep that in a headspace that’s not going to make the situation any better.

What do you think of Lorna Shore guitarist Adam De Micco’s comments on the situation they’ve been dealing with since December? Let us know your thoughts in the comments below.