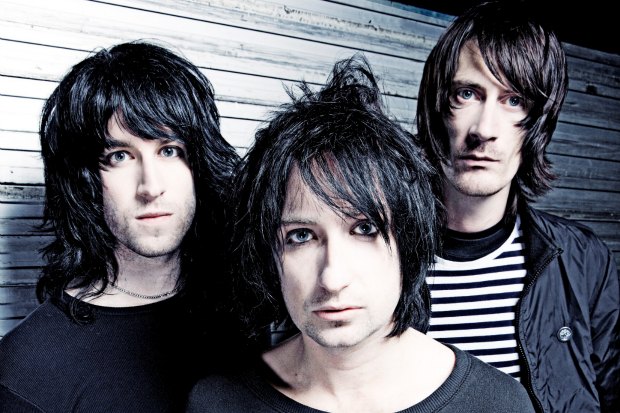 U.K. trio LostAlone have announced that they are set to release their 2012 album, I'm A UFO In This City, stateside on April 2, 2013 through The End Records.  Fans can now pre-order the album via Omega Order. The album saw its initial release via Graphite Records in March, 2012.

Of the U.S. release, singer/guitarist Steven Battelle said in a statement, “UFO is finally coming home! Having recorded it in the US we're over the moon to see it finally receive a full release in its country of birth. Since the start of LostAlone we've been a fiercely English band in our approach to music but with a desire to communicate to the wider world. After our debut album connected so intensely with so many American bands we are now eager to soak up every inch of the States and saturate the nations’ hearts and minds with melody.”

Watch the video for “Do You Get What You Pray For?” from the album, below: