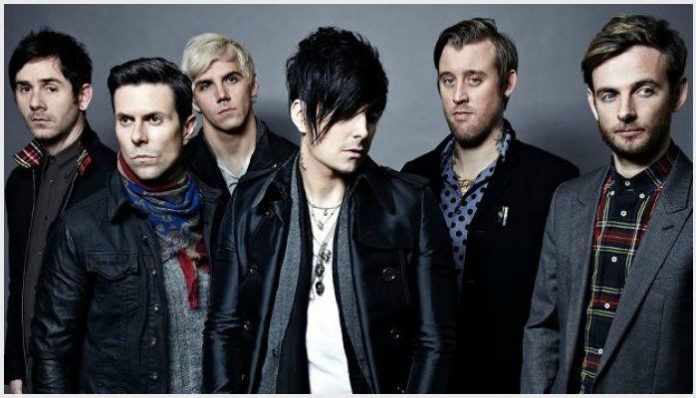 Former Lostprophets bassist Stuart Richardson opens up about his time working with ex-vocalist Ian Watkins, who has been convicted of several child-related sex crimes.

Watkins is currently serving a 35-year sentence for child sex offenses with an additional 10 months for having a phone in his possession while at HM Prison Wakefield in West Yorkshire, England.

In 2014, in an interview with the Sunday Times, former guitarists Lee Gaze and Mike Lewis opened up about their own thoughts on the singer and what it was like working with him when they realized he had a drug addiction

“At first he was sort of humble and assured us it wasn’t a problem,” Lewis says. “But later, I got the impression that he came away from that first intervention thinking, ‘Fuck those guys, they’re judging me, I can do whatever I want.'”

“His priority was no longer the band being successful,” Gaze adds. “But more being in a band to sustain another life he had, which he seemed to enjoy more, which was sleeping around with girls and taking drugs. He was in his own world, doing his own thing. You wouldn’t really want to hang out with him unless you had to.”

Now, on a recent episode of ‘Sappenin’ Podcast with Sean Smith, the former Lostprophets bassist revealed some of what happened while working with Watson. Not long after Watkins’ sentencing, Richardson, Gaze, Lewis, keyboardist Jamie Oliver, and drummer Luke Johnson formed a band No Devotion with Thursday‘s Geoff Rickly.

“We didn’t catch our breath after the whole thing went down with Ian.” Richardson says. “So I was like, well ‘fuck if that’s gonna be the thing that’s on my fucking gravestone.’ Like ‘Oh, that guy was in that band with that fucking prick.’ It’s like, fuck that. I’m gonna do my own band immediately.”

While none of his bandmates knew about what Watkins had been doing, besides drugs, it didn’t stop others from threatening the band members and their families after the singer’s arrest.

“At that time when we were writing the [No Devotion] record [Ian‘s] trial was going on,” Richardson says. “It was a car crash. Unfortunately, my wife couldn’t stop reading Twitter so she would see like death threats for my kids, death threats for me, death threats for everyone in the band. ‘They knew, they knew’. Just vile, horrible shit. Part of me understands why people would expect us to know, because we were in the same band, but sadly that wasn’t the case.”

Richardson also recalls a time on Warped Tour when Watkins disappeared between days after he told his bandmates he would be gone for a short time. After asking for their set to be changed from 2 p.m. to 5 p.m., the band eventually had to go on without him.

“I come off the stage, fucking livid,” Richardson remembers. “Go on the bus, Ian‘s on the bus. And I’m like ‘nice one.’ He gives me some shit and I black the fuck out… I’m laying punches into his face for ten seconds or ten minutes. I don’t know. I’m a big boy compared to him, so I’m not proud of this. Then he gives me this fucking look after I hit him.”

“I had this can of Monster Energy in my hand and I smashed this fucking can into his head. And I’m like ‘fuck’, I go outside and puke. For the next three weeks he’s like black eyes, cut on his face and I’m like feeling fucking horrible about the whole thing. That’s what I did when he missed a show. You know what I mean? If I knew anything, if I had any inkling about any of that shit…”

“The only reason I tell that story is ’cause I know there is a lot of people who probably want to know that at least someone kicked his fucking ass.”

What are your thoughts on Stuart Richardson’s experiences in Lostprophets? Let us know in the comments below.