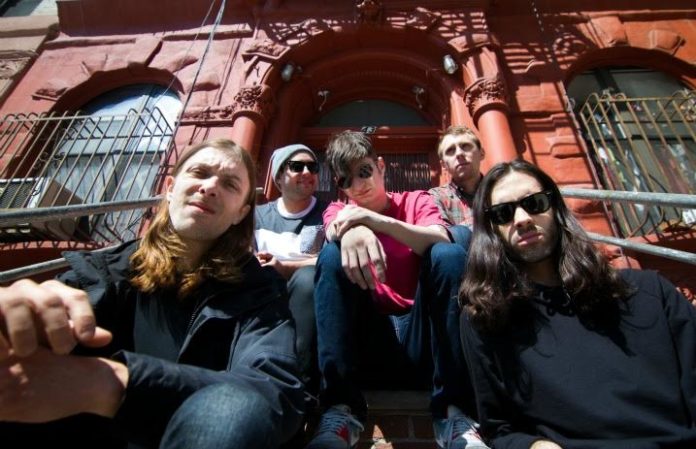 Pop-punk’s defenders Man Overboard have announced they will be going on hiatus following a run of farewell shows this summer. “I think everybody felt it was a good time to do some other things for a bit,” says guitarist Justin Collier. “Some people got married, some people bought houses, some people are doing other things.”

He continues, ” Nobody wants the band to end forever or break up forever. It’s not some crazy, tragic thing. We’re all still friends. I just think some bands fall off the radar and don’t do anything for a while—and that’s cool—but I think us not having toured for a while, we wanted to let people know these are going to be the last shows for a minute. Come out if you want; otherwise, we’ll see you down the road.”

A list of their final tour dates can be found below, along with an official statement. Man Overboard formed in 2008. Since then, they’ve released four full-length albums, multiple splits and EPs, and toured various regions of the world.

“We have spent the last 7+ years tirelessly building Man Overboard into something that we all love and are proud of, from booking our first tours and hand numbered copies of the Hung Up On Nothing EP to touring the world and making albums with producers we never thought we’d meet. We put our hearts and souls into this band because it’s something we believe in. Whether we were being detained in a desolate Russian train station after illegally trying cross the border to the Ukraine or walking off stage after a sold out show, our friendship and love for everything this band has afforded us is what makes us want to be a part of Man Overboard forever.

This band has been and will always be something that we hold close to our hearts, not only because it has transformed and shaped us as people but because of how we know how it has affected other people’s lives, be it in a large or small way. Joe Strummer said “Without people you’re nothing” and we know that the support of our friends, families and fans helped guide us to where we are today.

Our current plans are very few and will likely remain that way for a while. Don’t read into it. Don’t think it’s something it’s not. This Spring we will be playing eight shows in the United States. Farewell for now.”

*Tickets are on sale now*