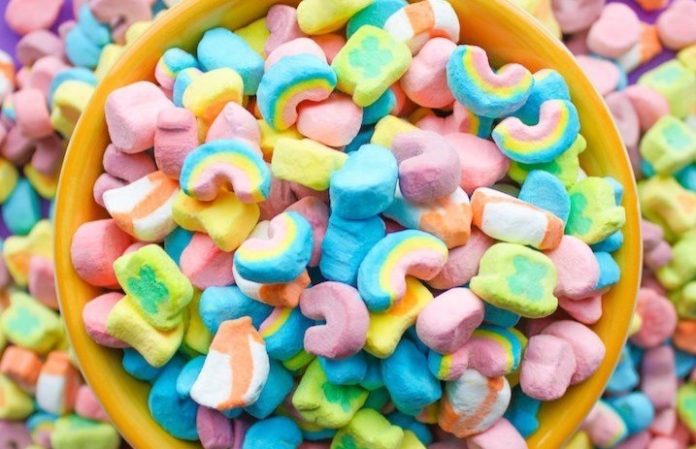 Lucky Charms announced that they would be discontinuing the hourglass-shaped marshmallow, but they're introducing a magical new marshmallow we already love.

It's true: All of our unicorn dreams are coming true. A magical new unicorn-shaped marshmallow is joining the mix. (And it's already filling the hourglass-shaped void, that's for sure.)

The unicorn marshmallow is bright purple and blue, and it's adorable. But not too adorable to eat.

Honestly, we're just as happy for the unicorn marshmallow as Agnes was for her unicorn stuffed animal.