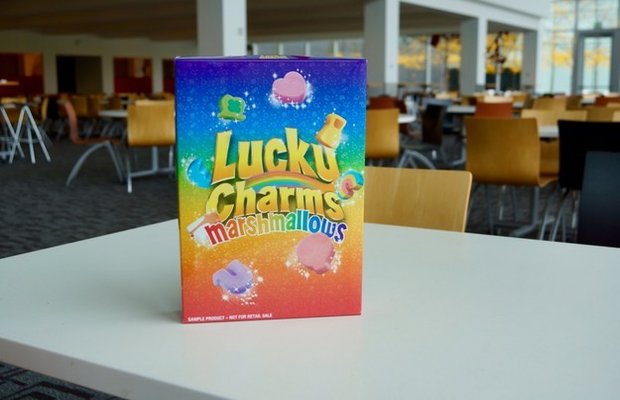 The moment you’ve waited for since you were a child has finally arrived: Lucky Charms marshmallow-only cereal is here—but, of course, there’s a catch. You see, only 10 boxes are going to be made. 10 freaking boxes.

In order to get your hands on the incredibly exclusive release, you must enter General Mills’ social media contest. All you have to do is share a picture of yourself holding an imaginary box of Lucky Charms on Facebook, Twitter or Instagram between October 14 and 18 and caption it with #Lucky10Sweepstakes.

It's the one thing we hear the most from fans of Lucky Charms! http://t.co/xzlZPm2v3A pic.twitter.com/N7LPngF5Nn

That dang leprechaun has been hiding them all these years…

A box of Marshmallow Only Lucky Charms has always been the unicorn of the cereal world http://t.co/8XyzdVS1oG pic.twitter.com/dgFGTA1RcB