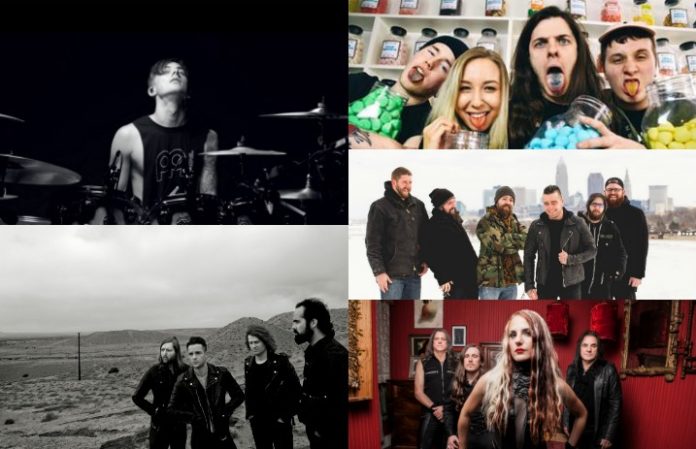 Heard you like tours: We’ve got some from Daisyhead, the Killers and more—plus, don’t miss Luke Holland covering Halsey’s “Strangers” on drums. Check out the news you might have missed today below!

They’re headed out with Nominee in September!

The North American dates are in support of their upcoming album, Wonderful Wonderful, out this September.

We did pretty good on the other side of the pond.. don’t make us look bad, USA. pic.twitter.com/cJDaUMDKeG

3. Luke Holland dropped another one of his famous drum covers:

Their EP Be Nice is also out today! Here’s their video for “Prism”:

Read more: 10 times bands invited kids on stage, and it was the cutest

5. Survival Kit have a new single:

Watch the video for “Stranger Things” below!

Live At The O2 Arena + Rarities is out September 8 via Napalm Records. The deluxe version comes with a documentary—preorder here and watch the teaser trailer below!

7. Absolutely Not have a new video and album:

Check out the video for “Blood Money” below and listen to the album here!

Check out the live video for “Famous” below! Here’s frontman (and APTV Correspondent!) Stevie James on the song: “Famous is my take on the narcissistic and hollow culture that social media has created. Millions of insecure and talentless hacks begging for arbitrary attention through “likes” and “Shares.”  It’s no wonder my generation has a huge and worsening mental health problem. But hey, fuck it, post another selfie on the beach and tell everyone how much you care about progressive issues. Are you famous yet?”

9. Awaken I Am announce album and lead single:

Blind Love is out September 19—watch the music video for the title track and lead single now!

10. Xandria announce a headlining tour with support from Worhol and more:

Check out this run of US dates with a sick lineup!