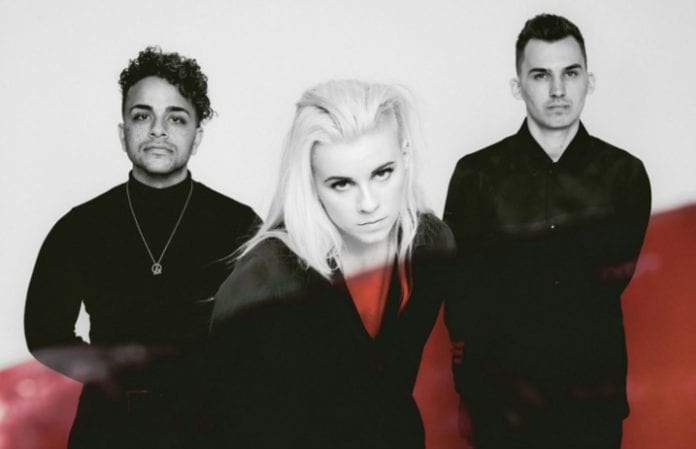 After joining Brendon Urie and Halsey in writing letters in support of the LGBTQIA+ community for Pride Month on Billboard, PVRIS frontwoman Lynn Gunn has opened up on coming out along with assuring that PVRIS shows are safe spaces.

Read more: PVRIS announce headlining tour, with a portion of ticket sales to be donated to The Ally Coalition

Gunn has opened up on coming out in a new interview with Billboard after writing about her experience in a letter written for Pride Month. In the letter Gunn writes, “I came out to my parents when I was 18 years old. I left a letter under my mother’s pillow, gave her a kiss goodbye and then embarked on my first tour ever … Ever since, my time has been swept up by life on the road performing with my band as an openly gay front woman.”

Though she came out to her parents when she was 18, she had already been out to most of her friends along with some other family members such as her brother.

“All of my friends knew and my family didn’t know at the time, and everybody had just been so supportive and so loving that I was like, “Ah, f— it — I need to be fully free, and my parents need to know.”

So right before leaving for her first tour, Gunn, wrote a letter and hid it under her mother's pillow. But it wasn't until she was in the van for her very first tour that she called her mother to tell her about the letter that was waiting for her.

“It was nerve-wracking. I remember driving off, and I’d kissed my mom goodbye and I was like, “Hey, I left you something under your pillow and I would really like for you to read it,” and she was all excited. She probably thought it was a present or something… I just remember sitting in the back of the van, putting my headphones in, and I feeling like I was going to be sick.”

While her mother was upset when she read it, it wasn't for the reasons you think. Instead she was worried on what Gunn's grandmother would think about it.

Now as PVRIS works on their highly anticipated second album along with preparing for a headlining tour in September with Lights, Flint Eastwood and Party Nails, Gunn also works on making sure that PVRIS shows remain safe spaces.

“We’ve been working with this company called the Ally Coalition, which works integrating LGBTQ equality into music and art… We have certain organizations setting up, like, merch tables at our shows and even giving kids the resources and people to talk to is another way to create that safe space and let people know that you can be heard and you are welcome.”

A portion of every ticket sold for their headlining tour will be donated to The Ally Coalition in support of LGBTQ equality.

“We’re delighted to be working with The Ally Coalition,” vocalist Gunn says. “The promotion of equal rights for the LGBTQ community is very important to our band and fan base. We thank everyone who chooses to purchase a ticket and join us in supporting the cause. Looking forward to seeing all of you this fall.”

Check out all their upcoming dates below.