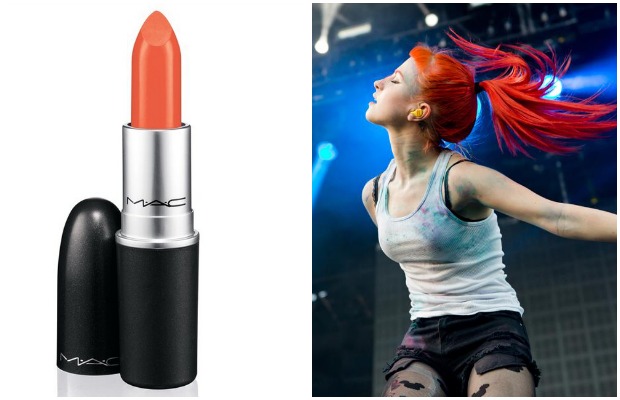 UPDATE: March 8 at 7:25 p.m. EST
In a  People exclusive, Williams talked about her MAC cosmetics line and unveiled the four pieces included: 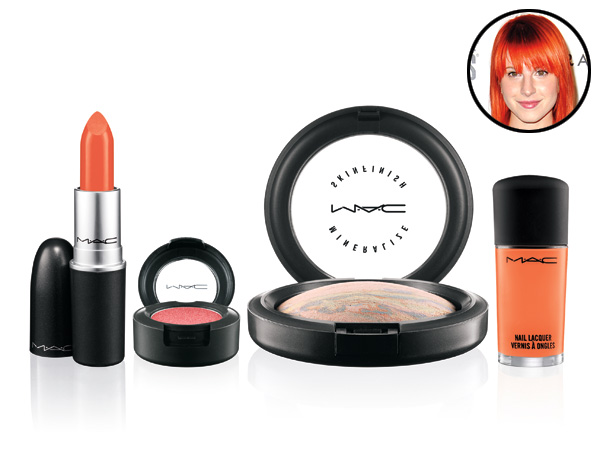 “I didn’t wear makeup at all. Photographers would beg me to wear chapstick and I’d say no,” Williams tells PEOPLE of her days before discovering MAC. “I went to a [store] and picked up orange eyeshadow from MAC, that was the beginning of the end. It’s been key in making me feel like I have an onstage personality.”

And even more of a no-brainer than partnering with her favorite makeup brand was the shade she’d select for her signature collection. “Orange was it for me from picking up the eyeshadow when I was 17,” she says. “It’s not a natural color, but when I wear it, people say ‘It looks normal on you!’ I feel like it was born with it. It matches my soul.”

For girls a little more timid about diving headfirst into such a bright color, Williams says to start with the eyeshadow and work your way up. “The Daydreaming shadow is soft and pretty when you don’t keep layering it. I love colors like that … you get two looks,” she says. “The orange lipstick maybe isn’t for [every] girl. But it could be!”

Williams says she loves to have fun with her makeup and is inspired by her fans; she especially loves seeing them wear looks she’s sported in the past. “The best thing about makeup is that it’s complete self expression, it’s art on your face,” she tells PEOPLE. “Makeup can be really empowering, and I’m excited to be part of the MAC family … and for fans to get ahold of it.”

ORIGINAL POST: March 8 at 1:50 p.m.
Hayley Williams from Paramore and MAC Cosmetics have announced that they will launch a Hayley Williams collection this spring. The line, “Inspired by [Williams'] singular style” will be available on the MAC website starting April 9.

Been tough to keep my lips zipped… but I can finally show you what I've been working on with @maccosmetics!!! ���� twitter.com/yelyahwilliams…