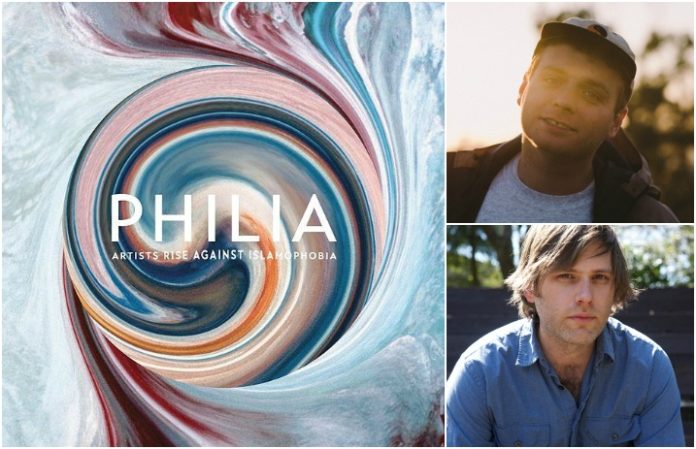 The album, out now from Floating House Recordings, is available for download and vinyl purchase here via CD Baby, the latest music service that's pledged to remove hate-promoting music from their catalog. (via Billboard)

Philia features a whopping 20 tunes from groups like Islands, the Dodos and Slow Machete in addition to the aforementioned acts. Take a listen to the music below and let us know what you think down in the comments!

A national tour in conjuction with Philia is in the works, and proceeds from both the album and concerts will go to the Unity Productions Foundation, a nationally recognized nonprofit educational organization that specializes in combatting Islamophobia. Here's a statment from the album notes:

“As we brace for an uncertain future, bigotry and fear mongering threatens to only intensify. People of goodwill across the country are expressing concern about this spike in Islamophobia. Today, many Americans are looking for ways to form solidarity with the Muslim community but they lack creative ways to take a stand. Philia: Artists Rise Against Islamophobia is a music and arts collaboration project designed to bring awareness to these problems.”

Take a look at the album art and track listing below!

Watch more: Bring Me The Horizon wins 2014 APMAs Album Of The Year