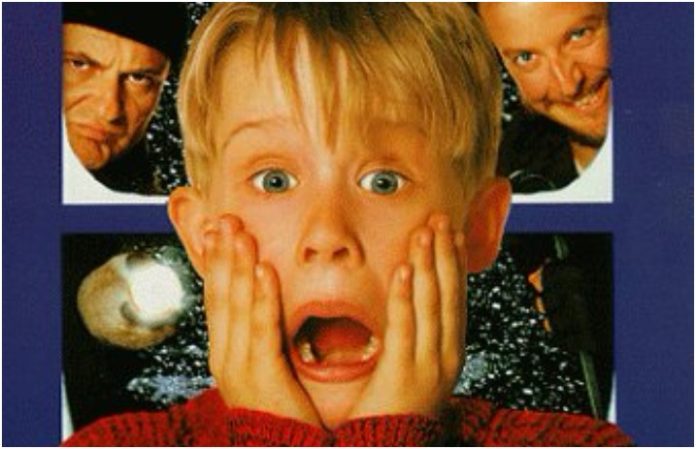 Home Alone is probably one of those movies that we've all see at least 100 times, maybe more. Even though we've seen the movie more times than we care to count, we're curious how we've never thought of this major, and incredibly obvious, plot hole.

Read more: Fake word from ‘The Simpsons’ one of 850 added to dictionary

Making his appearance on The Tonight Show Starring Jimmy Fallon, Home Alone star Macaulay Culkin pointed out a pretty obvious plot hole from the film that has us scratching our heads, unsure how we couldn't have noticed it, too.

The movie, in the unlikely event you've never seen it, follows Culkin's Kevin McAllister as he outwits two burglars when he's accidentally left home during a family Christmas vacation. During his face-off against the two burglars, where McAllister sets up complicated traps to capture the robbers, Culkin points out one obvious solution to Kevin's problems: he could have just called the police.

“This kid’s a really clever kid, right,” Culkin said. “Like, these guys are about to break in, why doesn’t he just call the cops?”

We mean, he's not wrong in this observation.

While calling the police wouldn't make for a very eventful film, it definitely would have saved everyone some time.

In the interview, Culkin also touched on his Pizza Underground days and some of the crazier rumors he's heard about himself. According to Culkin, he dies about once or twice a year, which, yeah, it's safe to say that would be a pretty crazy rumor to hear about yourself.

Culkin's appearance on the show also came a day before the Oscars, where the star hilariously shared the things he was doing, other than going to the event on Twitter.