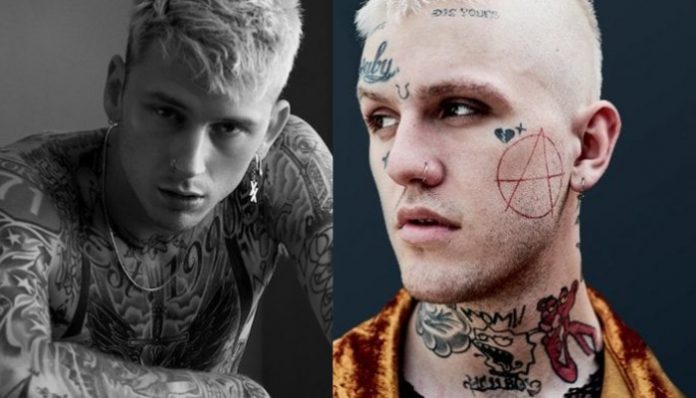 The new Lil Peep documentary and album Everybody’s Everything arrived last week on the two-year anniversary of the rapper’s death. In the days following, Machine Gun Kelly showed his love for the late rapper with an acoustic cover.

Kelly posted a clip of him playing along to Peep’s “walk away as the door slams” on his Instagram feed.

The rapper posted the video late Sunday, Nov. 17 of him smoking while tearing through part of the song. You can watch the clip below.

“walk away as the door slams” appears on Peep’s new album but like many of the tracks on the album dates back to his early material which hadn’t been readily accessible on streaming platforms.

In case you haven’t heard Lil Peep’s version of the song, you can check it out in the player below.

The new documentary saw a wider theatrical release last week after an extremely successful opening day. The album and extended screenings also happened on the two year anniversary of his death.

Speaking on creating the film, directors Sebastian Jones and Ramez Silyan offer a look into why they wanted to make it.

“There was an unbelievable amount of love and support from so many people in Gus’s life while making this film, his mother Liza first and foremost. We could not have made this film without them and it was important to be able to share it in a theater to feel like a concert experience and see Gus the way his fans came to know him,” Jones and Silyan say in a statement. “Gunpowder & Sky and Abramorama have supported that vision and brought it to life. It’s really a different experience on the big screen and hope more people continue to see it that way.”

What do you think of Machine Gun Kelly’s cover of Lil Peep’s “walk away as the door slams”? Let us know your thoughts in the comments below.