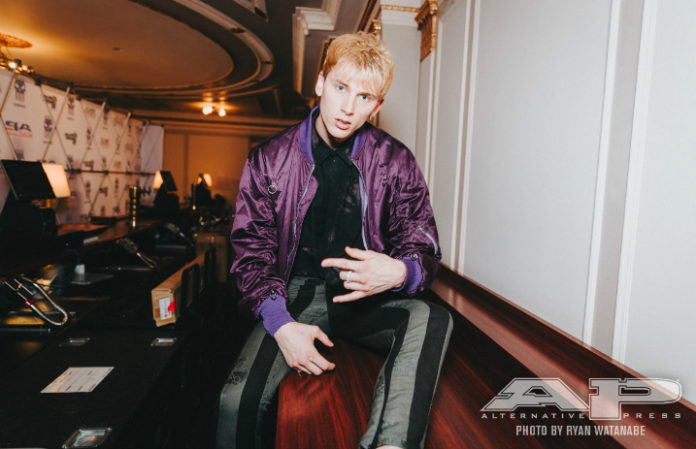 Getting arrested once sounds exhausting, but three times in 72 hours? That's actually what happened to Machine Gun Kelly, and not only did he survive the ordeal, but he made it to the APMAs despite the delays.

Hear what happened below!

Read more: GALLERY: The best of Machine Gun Kelly at the 2017 APMAs

The ordeal went down just before MGK made it to the APMAs, and he tells the APMAs red carpet hosts Gunz and New Years Day's Ash Costello that he made “a bad, bad decision.”

“I just landed from Finland, and I was in jail three times in the last 72 hours. I’m just exhausted,” Machine Gun Kelly says.

And why he was arrested? “Literally nothing but smoking weed for the first two, and having an attitude at the airport for the third one.”

Luckily for us, he made it out just in time to catch his flight to the APMAs, and he clarifies at the end of the interview that he’s “happy to be a free man.”

Fast forward to 1:07:19 to watch his interview with Gunz and Ash Costello!

Not only did he share this incredible story on the 2017 APMAs red carpet, but he also had an epic performance at the show. Watch it below!

Could you imagine getting arrested three times in a span of three days? Let us know in the comments below!