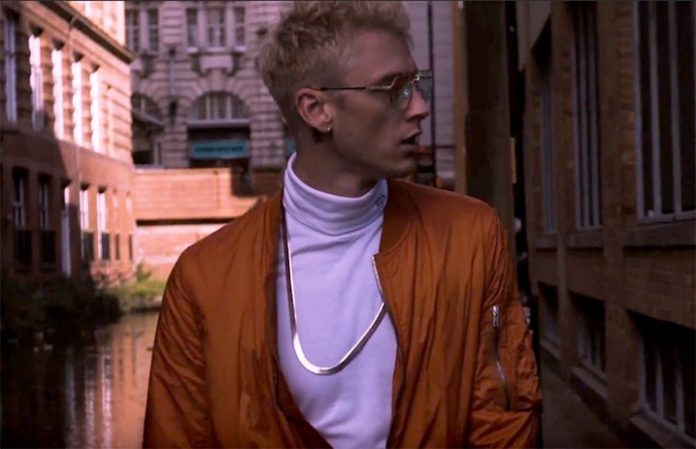 Christmas came early, thanks to Machine Gun Kelly. He's released his new single “Habits,” one of two additional tracks included on the “retooled” bloom album, which is being released today.

The reissue actually features two new tracks: “The Break Up,” which was released last week, along with “Habits.”

Listen to “Habits” below:

And listen to “The Break Up” here.

Originally released last May, bloom has already been certified gold, featuring two breakout hits: “Bad Things” and “At My Best.”

Most recently, Machine Gun Kelly teamed up with X Ambassadors and Bebe Rexha for “Home,” taken from Bright: The Album.

MGK has plenty of exciting projects on the horizon, too. He is set to join the cast of the Netflix thriller Bird Box, starring Sandra Bullock, which follows a woman and a pair of children who are “blindfolded then forced to walk through a post-apocalyptic setting along a river.”

What are your thoughts on “Habits”? Let us know in the comments below!