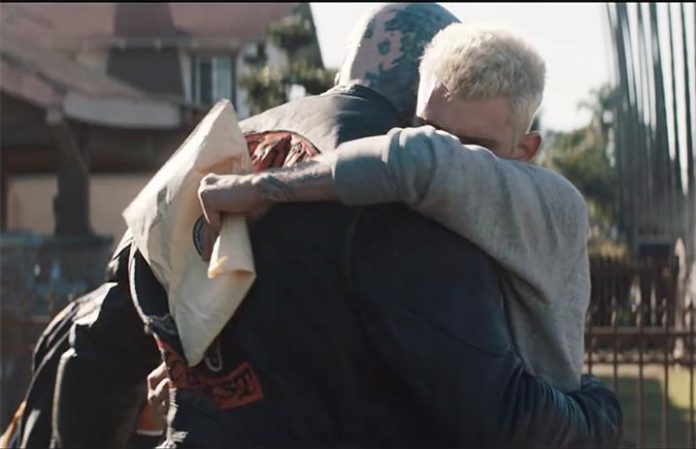 Machine Gun Kelly, X Ambassadors and Bebe Rexha have debuted a music video for “Home,” taken from Bright: The Album.

The video follows Machine Gun Kelly through an emotional journey as he returns home after being released from incarceration and replicates the world of Bright, set to be released Friday, December 22 on Netflix.

MGK has plenty of exciting projects on the horizon. He is set to join the cast of the Netflix thriller Bird Box, starring Sandra Bullock, which follows a woman and a pair of children who are “blindfolded then forced to walk through a post-apocalyptic setting along a river.”

This isn’t the only film MGK has in production, with Captive State in post-production. He also appeared in Nerve in 2016 and has had a regular role on the series Roadies.

What are your thoughts on the “Home” music video? Let us know in the comments below!