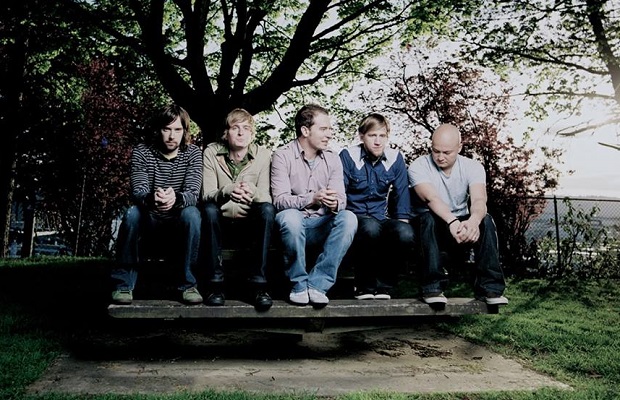 Mae have announced three shows, including a hometown stop bookended by Philadelphia and New York City, to celebrate the tenth anniversary of the Everglow. They'll be playing the album from front to back at the following dates:

This isn't their first foray into nostalgia: Mae recently livestreamed a full performance of 2003's Destination: Beautiful. Spartan Records have sold out of its fifth vinyl pressing, but have a throwback t-shirt design in stock. Plans for Destination: B-Sides on limited edition vinyl will be revealed in the near future.

The Everglow was originally released in 2005 and recorded/produced by Failure's Ken Andrews (Paramore, A Day To Remember).