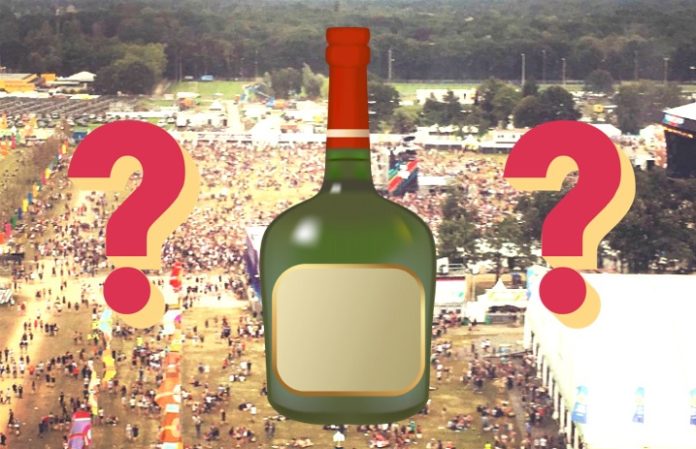 Concertgoers have tried their hands at all sorts of tricks for sneaking liquor into music festivals—and avoiding the often high costs of on-site drinks—but one dude really takes the cake when it comes to his booze-smuggling ingenuity. Read what this pioneering, festival-going liquor lover did below.

Read more: 17 bands with their own branded booze

Alex Diamond is going viral for his inventive, tricky way to sneak booze into New York City’s Electric Zoo festival, as reported by the NME, but, uh, before we go any further, we've gotta say that we don't suggest trying this!

Anyway, Diamond literally buried his booze on site, way before the event even took place, and reportedly dug it up once the concert was underway! And, yes, exactly: He buried it just like a pirate buries his booty! Only this time it was liquor booty! Here's what Diamond has to say about the method:

“The planning of the burial was simple,” he writes on his Facebook page, Festival Pro Tips. “We used Google maps and marked our spot on GPS so we knew where it would be. Then we waited.” The first part of the plan was easy but Diamond admits they ran into some trouble once inside the festival.

We're assuming the “not easy” part of the plan was when Diamond showed up to the fest and started digging into the ground with gardening tools, eventually uncovering his giant plastic water bottle, filled with vodka, covered in a plastic bag. Ah, sweet success! Ahoy, mateys—the treasure be here!

“I have been going to festivals for the past five years, averaging 50 shows and 10 festivals a year,” Diamond says. “Now it's my turn to share with the general public my knowledge of achieving an awesome festival experience.”

Check out some of Diamond's inventive, booze-smuggling Facebook posts here: