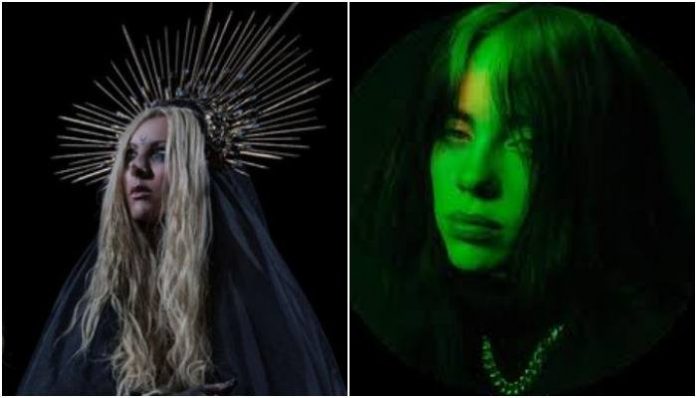 In This Moment singer Maria Brink recently covered Billie Eilish and Radiohead during her solo set on the ShipRocked cruise.

In This Moment previously performed at Shiprocked in 2018 alongside bands like Stone Sour and Seether. This year, it was only their vocalist that took the stage.

Back In August, Brink posted a photo to Instagram about the cruise saying she would be bringing and “intimate set” to the stage.

“I am so excited to be doing ShipRocked this year,” she said in a statement. “And not only doing it again, but doing it by myself this year, I think, is going to bring something so unique and special, and a different side of me that no one has ever seen before. I can’t wait to see everybody again and have everyone experience this with me.”

The singer also played through her own rendition of alt-pop vocalist Billie Eilish’s “you should see me in a crown” With only a piano accompanying her, Brink delivers a chilling yet riveting performance.

Check out her cover of Eilish below.

Still only accompanied by the keys and a resounding synth, the singer also performed her own band’s song “Whore.”

Back in 2018, Brink was also contemplating the thought of creating a solo album.

Read more: 40 most anticipated albums of 2020 including In This Moment and more

“I’m actually thinking, for the first time, of doing a solo album,” Brink said. “I’m starting to slowly write—no hard plans. I’m not exactly sure when I’m gonna do it, but it’ll be more of the obscure, intimate, quiet side of me.”

The veteran musician further elaborated on the creative possibilities for the album, insisting that her main In This Moment cohort, guitarist and co-writer Chris Howorth, most likely wouldn’t appear on the foreseeable solo debut.

“Probably the only drums in it would be tribal drums and probably no distorted guitars. Just the softer side of me. That’s who I am. Chris would not want to do an obscure, artistic, dream-scaping album. That’s not who he is.”
If her ShipRocked performance was any indication of how a solo album would sound, we hope it one day becomes a reality

More on Maria Brink and In This Moment

In This Moment announced details for their upcoming release and dropped their latest music video for “The In-Between.” last month.

Mother will be the heavy-metal units seventh record will be a followup to the beloved 2017 album Ritual.

“The In-Between” seemingly deals with the dichotomy between Heaven in Hell and the holy war raging inside Brink and all of us. The gorgeous visuals pop by highlighting the contrast between black, white and red. Hypnotic hands and stunning cinematics are elevated by Brink’s iconic vocals and anchored by Howorth’s sludgy guitar, once again, drawing on the Heaven and Hell themes.

Watch the video for In This Moment’s “The In-Between” below.

In This Moment’s upcoming album Mother releases on March. 27 via Atlantic Records and is available for preorder here. It will consist of 14 songs, one of which includes features from Lzzy Hale (Halestorm) and Taylor Momsen (the Pretty Reckless). Check out the full tracklist below.

The Band are gearing up for their headlining tour with Black Veil Brides, DED and Raven Black starting this Spring. Check out the full list of dates below with tickets here.

Read more: Black Veil Brides to support In This Moment on 2020 tour