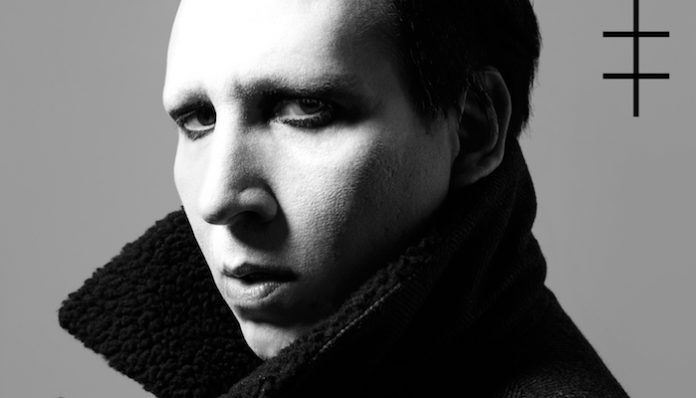 Marilyn Manson is getting a new photobook documenting over 20 years of his career from one of his primary photo takers, British photographer Perou.

The book, titled 21 Years In Hell, is arriving this June and shows Manson throughout decades of touring, photoshoots, hanging out at home and more.

Read More: Slipknot are canceling all of their summer 2020 tour dates

The book started in 1998 through a magazine cover shoot leading to Perou becoming Manson’s primary photographer.

It’s showing off over 350 photos some of which are unpublished. They’re displaying some of Manson’s big career moments and behind-the-scenes shots of him throughout the past 20 plus years.

Perou explains his view of the project in a statement offering a perspective on how he selected photos.

“A collection of fragments in no specific order; as confused as I have been for much of my time in Marilyn Manson’s company. Some visual clues that I use to remember where I’ve been and what I was doing.”

Further, they’re including transcripts of conversations between the pair revealing an intimate bond built between them. It details everything from world tours, photoshoots, nightclub adventures, time at Manson’s home above a liquor store on Santa Monica Blvd and more.

“The last 21 years, dipping in and out of Marilyn Manson’s stratosphere, have been a blur: people, events and places coming in and out of focus,” Perou says. “The early years more disorientating than those that followed.”

The photographer is one of the only ones Manson has ever really trusted which is coming across in the photos in the book. Softer and more vulnerable sides of the shock rocker are finding their way into the world through this book.

Manson gave a statement on the book which can be found on the publisher’s website.

“I just remember the first time you showed up you had more rings than me. You look still, and did at the time, like you were going to be in that movie Romper Stomper: bomber jacket, high laced boots, fully British, barely understandable,” he says of Perou.

He continues, saying “I became automatically comfortable around you and that’s the most important part.”

@mrperou New book of photos he has taken over two decades. He still insists on taking more. It’s an honor to have him publish all these rare and strange moments @reelartpress

The book is arriving in June and can be pre-ordered here.

What do you think of Marilyn Manson getting a massive photobook? Let us know your thoughts in the comments below.