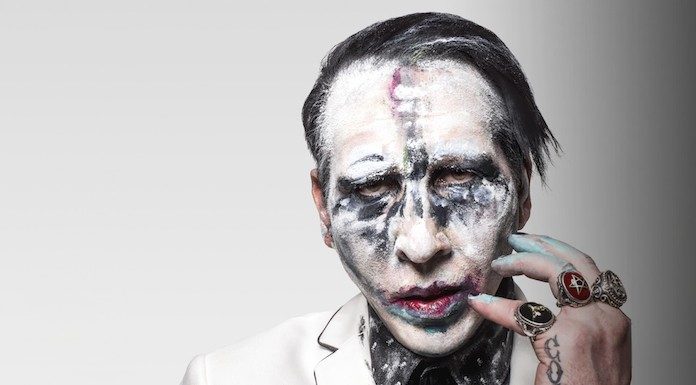 According to Blabbermouth.net, Manson recorded his cover of McMahon’s “Cry Little Sister” for inclusion on another movie soundtrack: Marvel Entertainment‘s upcoming X-Men film The New Mutants, which is due in U.S. theaters Aug. 2.

McMahon’s original studio recording of “Cry Little Sister” (release under the alias Gerard McMann) didn’t chart in the U.S., but the Lost Boys soundtrack album itself did earn a peak chart position of No. 15 on the Billboard 200 in July 1988.

McMahon said he “wanted it to be about the longing for family from a rejected youth’s perspective, which I went through myself and that many of us have felt,” according to an archived interview with a dormant music blog called Old School.

And the new X-Men movie The New Mutants is reportedly the franchise’s first stab at offering a legitimate horror picture, as reported by Entertainment Weekly. The film follows five new mutants as they fight to escape from a secret facility.

“We are making a full-fledged horror movie set within the X-Men universe,” says director and screenwriter, Josh Boone. “There are no costumes. There are no supervillains. We’re trying to do something very, very different.”

Marilyn Manson will join Rob Zombie for the massive Twins of Evil – The Second Coming tour this summer. The tour kicks off July 11 in Detroit. Get tickets at marilynmanson.com and see the complete list of cities and dates below.