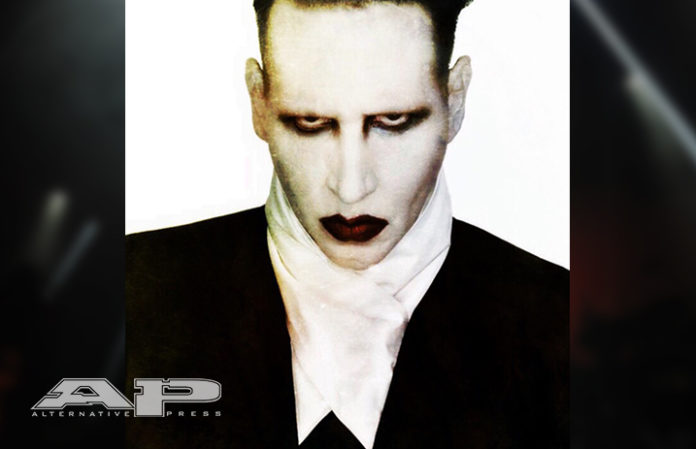 Manson was presented the award by Twiggy Ramirez, who was a longtime guitar player/partner in crime of the iconic rock star.

“Thank you to all of the fans and all of Alternative Press because this is the only award I will actually put on my shelf,” said Manson after receiving the award. “This is the greatest award ever.”

Marilyn Manson’s groundbreaking and maniacal career as arguably the biggest, most controversial artist of his time has undoubtedly left a huge mark on not just the alternative music world, but alternative society as a whole. Since the creation of Marilyn Manson in the early '90s, the seer, scribe, painter, actor, criminal, panderer of chaos, live performer and rock and roll demagogue has sold over 50 million records worldwide, including his latest offering, The Pale Emperor. His ninth studio album sees Manson roaring back above the froth of mass-media and mediocrity to deliver a set of soul-stripping, kiss-smearing, church floor-burning songs that comprise, unequivocally, his most fully-wrought album since 1998’s epochal Mechanical Animals. Marilyn Manson has appeared on the cover of Alternative Press Magazine four times, with his first appearance in the magazine in 1996 (AP 93). The Pale Emperor is also nominated for the 2016 Album of the Year award, presented by Journeys, a full 20 years after the release of his legendary 1996 album Antichrist Superstar. Manson’s unique ability to continually make trends and break the mold of the music industry is why he, along with his legacy, is the perfect candidate for this year’s Icon Award, presented by Equal Vision Records/MerchNOW.