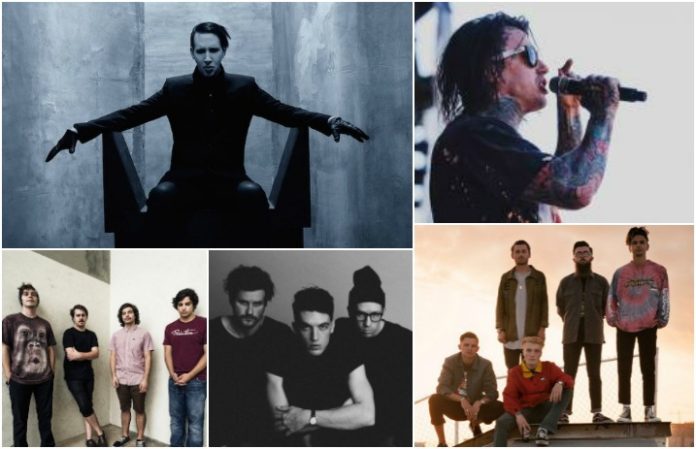 Check out tour announcements from Marilyn Manson, CHON, and Northlane—plus new videos from Falling In Reverse, Eric Nally, and more! Check out the news you might have missed today!

Read more: Paramore give Spotify a tour of Nashville and other news you might have missed today

Marilyn Manson has a announced a North American tour for this fall. It's the perfect way to get psyched for Halloween. Tickets go on sale this Friday, July 14. Check out the dates below!

2. Neck Deep and others featured in Part 1 of Warped Tour Mini-Doc Series

Vans Warped Tour is creating a mini-documentary series that explores the different cultures that the tour brings from around the world. Episode One features members of Neck Deep, Boston Manor, Counterparts and more! Watch the first episode below!

3. CHON, The Fall Of Troy and Hail The Sun announce fall tour

CHON has announced a fall tour with The Fall Of Troy and Hail The Sun. Words cannot describe how awesome this tour will be. Check the dates below and mark your calendars!

Falling In Reverse have just released a new music video for the song “Superhero” from their latest album Coming Home. The video is definitely inspired by everyone's favorite show Stranger Things and it's amazing. Watch the video below!

Northlane have announced a short fall tour in their native Australia. Check out the dates below, mate!

Former Foxy Shazam frontman Eric Nally launched his solo career with the song “Ruby.” Check out the video below!

War Tapes are back from and better than ever with a new single, “Pale Blue Dot.” This is their first release since their full-length The Continental Divide came out six years ago. Give the song a listen below!

LANY performed a set live from Billoard in New York City today. If you didn't catch it live, you can catch the dreamy stream below!