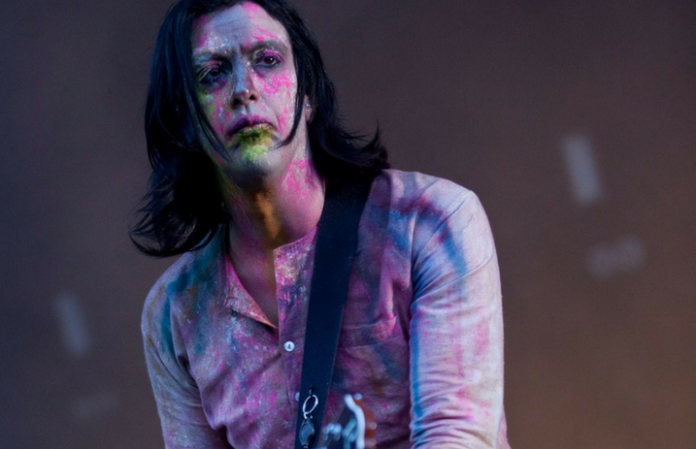 The couple originally dated back in the 1990s, and during that time White reportedly subjected Addams to mental and physical abuse, culminating in Addams’ rape. White is also known as “Twiggy Ramirez” as Marilyn Manson’s bassist, having toured with Nine Inch Nails in the past and comprised a portion of supergroup A Perfect Circle.

Addams alleged in a lengthy Facebook post today that White would treat her in an increasingly abusive manner, describing behavior spurred by jealousy that ultimately resulted in White hitting Addams, slashing her tires, and even ripping the rear-view mirror from a vehicle and throwing it out onto the highway during a tense ride home for the two. She referred to a 2015 interview with AltPress, during which she referenced the abuse she was experiencing at the time.

Addams’ statement assert that White reportedly raped her during a break from touring with Nine Inch Nails, where White forced her to the floor with his hand around her neck, Addams saying “NO” during the encounter.

“He forced me on to the floor with his hand around my neck. I said NO. I said NO. I said it so loud enough, that [my friend] Pete came rushing in from the other room to get him off of me. But I had been raped. I had been raped by somebody I thought I loved. That night I slept in Pete’s bed and cried myself to sleep. Neither of us discussed it until years later as we both had our own shame about not reporting it.”

The Jack Off Jill singer explains her desire to come forward with the events in the post, which supposedly happened over 20 years ago, as part of the move to share solidarity with other women who have been coming forward with similar stories. The #MeToo hashtag has offered a way for several women to share their traumatic experiences in the movie, music, television, and other industries.

White has yet to comment on the allegations at the time of this writing.