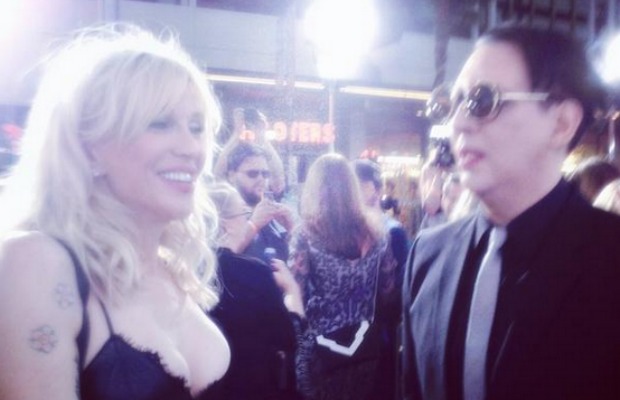 Manson tweeted a picture of their meeting, with Love trying to shake his hand, and said, “This is what prison rape looks like in my nightmares.” C’mon now, Brian, seeing Courtney Love can’t be that bad. Check out his tweet below:

This is what prison rape looks like in my nightmares. pic.twitter.com/BNa4Vc3RRJ

Between Manson getting bomb threats and Love having her vocals isolated, you’d think the two have enough problems of their own already.

And watch Love’s latest video for “You Know My Name”: