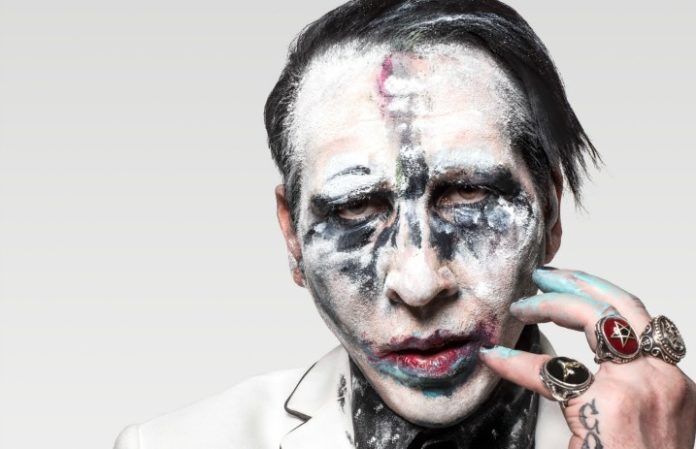 Rapper Lil Uzi Vert loves Marilyn Manson. Who could forget his “55 carat black & white diamond Marilyn Manson pendent” reportedly worth $220,000 USD? Lil Uzi Vert isn't shy on his love and admiration for Manson, and it would seem the feeling is mutual.

See what Manson had to say about the rapper below.

In a recent interview with Zane Lowe for Beats 1, Manson compliments the rapper's most recent album Luv is Rage 2, claiming the 22-year-old “reminded me of me when I was his age.”

“I like his new record way better than the first one. The first one, I saw the potential in him because he had this attitude that reminded me of me when I was his age. I don’t want to sound aged by saying that, it just sounded like what needed to happen. But it wasn’t fully formed,” Manson told Lowe.

“There’s a lot of bands that do things and they try to seem authentic, but you can’t fake real. You can’t. I mean, I can fake it pretty good, but I don’t have to. But I think that’s where my relationship with a lot of these hip-hop artists is. Because they’re hardcore and they have a different lifestyle that’s unlike mine. I’m white from the Midwest, they’re from a different lifestyle, but people know real when they see it. And real scars show it. Mental, physical, musical, all of them.”

“He wants to do a rock album next and I would love to see that happen because I think that he could make a new thing. Not some rock/rap type of thing, something special and new that I think needs to be created just to fuck the world up more.”

He goes to state how the rapper's attitude reminds him of his own.

“I think that if I had to pick what Lil Uzi Vert should be, if he’s involved in rock, it’s an early Bad Brains or Faith No More, but with a catchier element. I think he has punk rock in him. He’s a lil crazy motherfucker. And good. Smart as fuck. He has an attitude like I did and I like that about him.”

Lil Uzi Vert's debut studio album Luv is Rage 2 helped him snag his first No. 1 album on the Billboard 200 chart.

Do you think Lil Uzi Vert's attitude is similar to Manson's? Let us know your thoughts in the comments below.