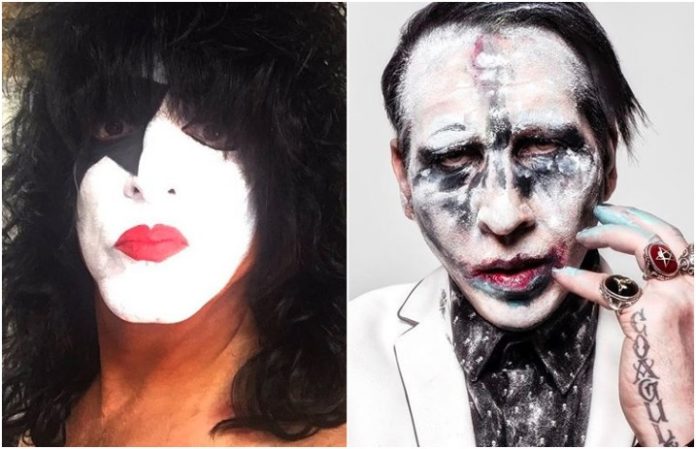 KISS guitarist Paul Stanley took to Twitter on Monday to call Marilyn Manson “pathetic” after the latter musician shared a cover of a Charles Manson song in the wake of the notorious cult leader's death. Get the details below.

After infamous criminal Charles Manson died on Sunday, aged 83, Marilyn Manson tweeted a link to his cover of the convict's song “Sick City,” a tune from the late felon's fabled 1970 debut album, Lie: The Love And Terror Cult.

Stanley apparently took offense, tweeting, “Pathetic when somebody who's [sic] career never really took off is desperate enough to try for publicity by connecting himself to the news of a murdering scumbag's death.”

The NME claims that Stanley's response is just the latest blow in an apparently ongoing feud between Marilyn Manson and members of KISS. The music mag reports that the Heaven Upside Down shock-rocker recently described the long-running glam-metal act as “four gay dudes in Halloween costumes.”

Marilyn Manson and Paul Stanley's online squabble comes after another prominent rock musician, System Of A Down guitarist Daron Malakian, called Charles Manson a “genius” the day after his death, as reported by Metro.

Pathetic when somebody who’s career never really took off is desperate enough to try for publicity by connecting himself to the news of a murdering scumbag’s death. @RollingStone @UltClassicRock https://t.co/SShmw5Wmse