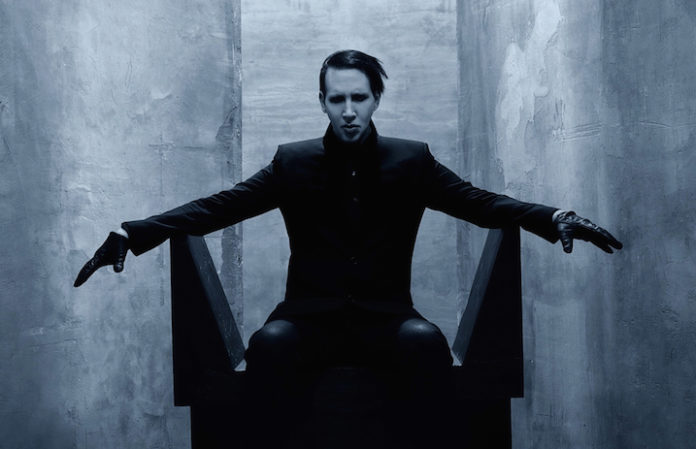 Marilyn Manson confirmed in a recent interview that he has finished his new album, and he tells FabulousTV that not only is he going on tour this summer—but the record is no longer titled SAY10.

Marilyn Manson has been posting a set of cryptic Instagram teasers that are likely related to his upcoming new album, which you can check out here.

In an interview with Rolling Stone in September, Manson drew comparisons between SAY10 and his iconic albums Antichrist Superstar and Mechanical Animals.

“It's not very much in any way like The Pale Emperor,” Manson says. “The people who have heard the new songs said it reminded them of their favorite parts of Antichrist Superstar and Mechanical Animals—but with a new, different approach.”

He continues, “It's pretty violent in its nature for some reason.”

Marilyn Manson had originally revealed that his next album will be called SAY10 during an interview with Alternative Press after receiving the Icon Award at the 2016 APMAS. Watch the interview in full below.

Manson’s tenth studio album is a follow-up to 2015’s The Pale Emperor.

Give the interview with FabulousTV watch below:

How excited are you for Heaven Upside Down? Let us know in the comments below!