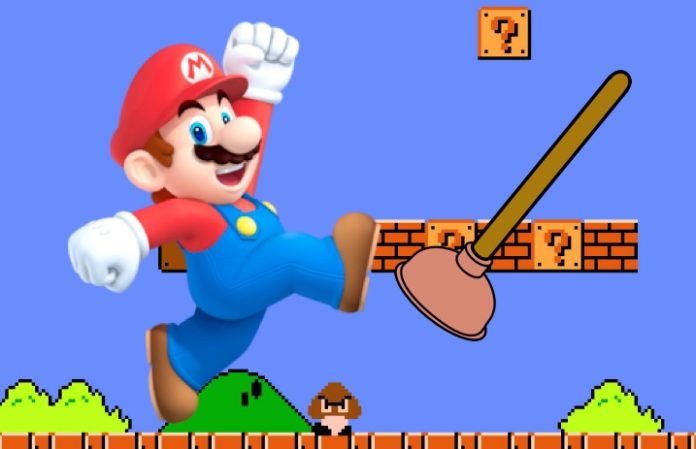 It looks like Nintendo's beloved Mario character has given up his blue-collar ways. According to the video gaming giant, the titular, overall-clad star of such classics as 1983's series debut, Mario Bros., up through this fall's Super Mario Odyssey, is no longer a plumber. Pour one out for plumber Mario!

As reported by Kotaku, Mario's official, Japanese-language profile from Nintendo identifies that the video game icon isn't working as a plumber anymore. We'd say we're surprised but have ever seen Mario, um, plumb?

So what's the deal? Does Mario even have a job? Here's how Nintendo's newly updated Mario info lays it all out: “All around sporty, whether it's tennis or baseball, soccer or car racing, he [Mario] does everything cool. As a matter of fact, he also seems to have worked as a plumber a long time ago…”

A long time ago? Yep, you read that right. After all the character's non-plumbing activities from games like Mario Kart Wii and Mario Party 9, it appears that Mario's gone and given up his former life. Well, we guess he's doing okay.

Don't mind us while we nostalgically play World 1-1 from Super Mario Bros.:

Twitter is flipping out over Mario's life change, so here are some responses from Twitter users, ranging from mild depression about the character's sudden joblessness to quasi-political reflection on his apparent defection:

Us: Good morning! It's a beautiful day!

Nintendo: Mario is no longer a plumber.

Mario's job title is officially “Full Time Princess Rescuer”. Bowser must be kidnapping her more than we thought.

What do you think of Mario's abandonment of his long-held occupation? Were you aware that Mario had been a plumber? Sound off in the comments!