Following his Instagram story updates about a neighborhood burglary earlier today, Mark Hoppus went live to offer some more clarity. The blink-182 singer shared exactly what happened with the police who responded to the alert.

Mark Hoppus and his family have left their home after being locked in when a burglary went wrong.

“We left. Still one suspect at large. About 20 police cars. Tactical unit. Crime scene van. News crews. Our street is closed for the next few hours,” he wrote.

He then shared a video of a helicopter.

He later said he believes the suspect was caught on his friend’s roof. You can see all the latest posts below. 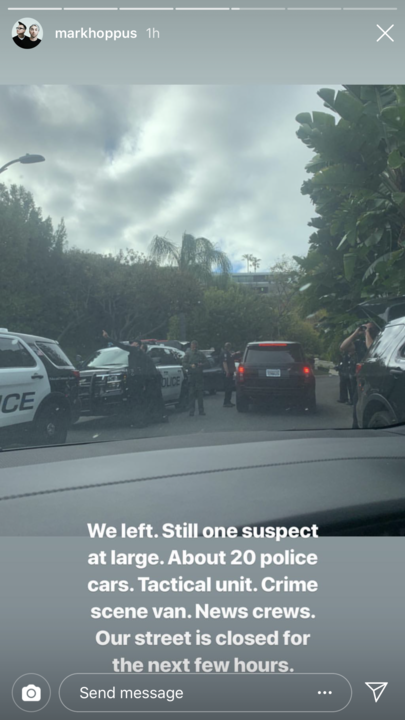 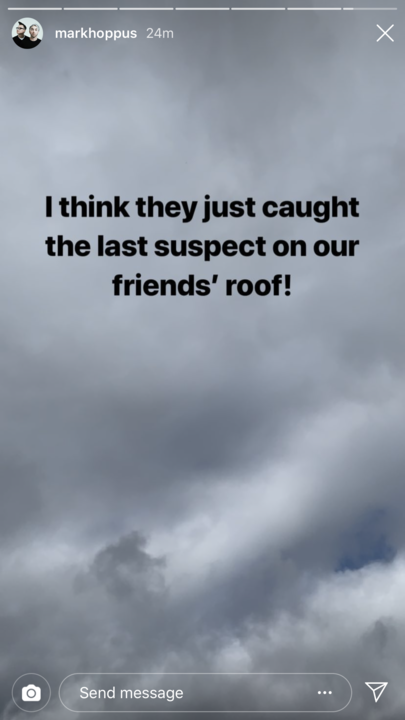 Mark Hoppus of blink-182 and Simple Creatures is allegedly locked inside his home after an attempted burglary went wrong.

Hoppus updated his fans Monday morning about what was going on via Instagram stories.

“Woke up to police loudspeaker saying ‘This is your last change. Come out with your hands up,” his first story read. “Burglary gone bad and suspects hiding around our house. We’ve been told to lock the doors and get to a safe place. Helicopters now.”

“Helicopters. Dogs. Police outside our windows with their guns drawn,” it continues

“Helicopter left for a minute but is back now,” it continues. “Police have apprehend all but one suspect. They shut down our street for the next two to three hours.”

You can see the screenshots of his Instagram Stories below. 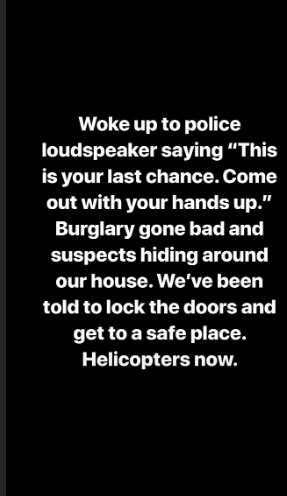 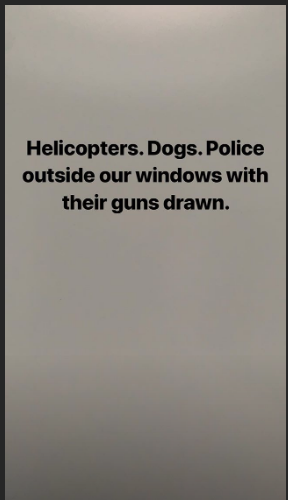 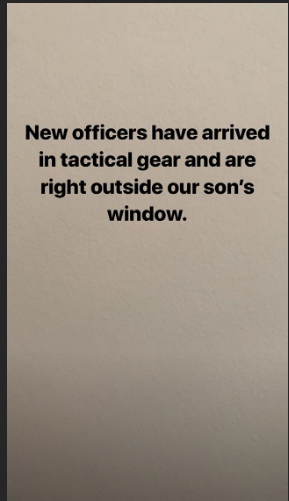 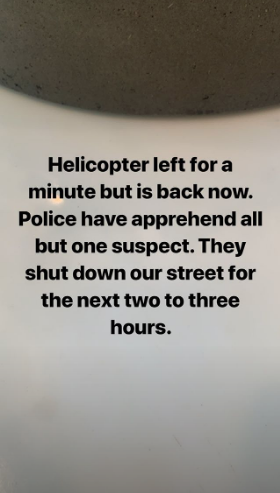 This story is still ongoing and will be updated as more information presents itself.