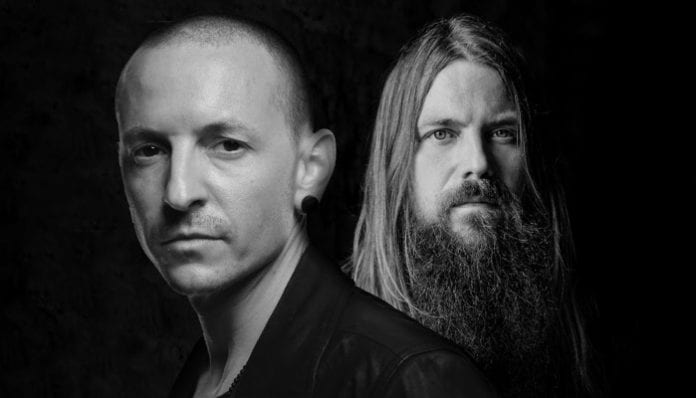 The tune premiered today as Zane Lowe‘s World Record on Apple‘s Beats 1. Presumably one of the last musical contributions from Bennington before his tragic death in 2017, the guitar-driven song delivers a powerful rock stomp.

Read more: What was the ‘Bird Box’ monster going to look like?

“Cross Off”—written by Morton and Bennington with a team of collaborators—was recorded in April 2017. After composing the basis of the tune with a group of musicians, the Lamb Of God guitarist presented the song to the Linkin Park member for his consideration. From there, Bennington added his own ideas and lyrics before contributing the final vocal.

Morton describes his experience recording with Bennington as a “very free-flowing and natural process. We both really loved the song from its inception and everyone that worked on it put a lot of energy and emotion into it. I feel like you can really hear that in the track, and absolutely in Chester’s performance.”

We first got wind of the collaboration back when it was being tracked. And late last year, Morton confirmed the song would still be coming out. What do you think of the new track? Sound off in the comments section with your thoughts.