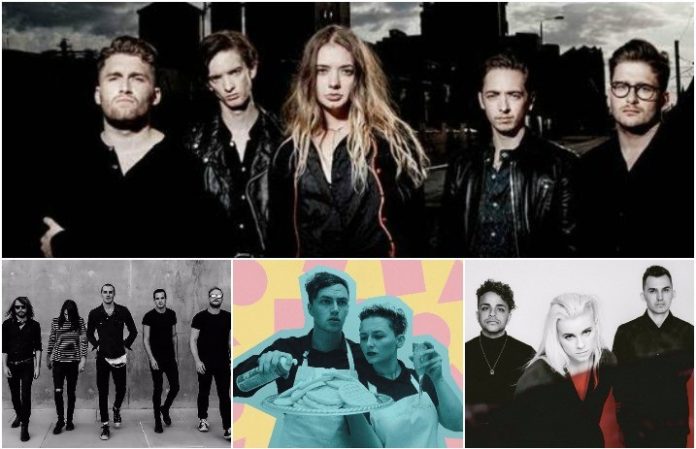 Hear new songs from Puppy and the Last Gang—plus, check out the merch the Maine will be bringing on the Modern Nostalgia tour. Check out the news you might have missed today below!

Read more: Everything coming to and leaving Netflix in November

Sunday Brunch is due out Nov. 17 via Rise Records.

2. The Maine have revealed the merch they’ll be taking on the Modern Nostalgia tour this fall!

The tour kicks off in Los Angeles tonight, and you can check out the full list of cities and dates here.

3. Marmozets announced that they’ll be postponing their UK shows.

They explain that vocalist Becca MacIntyre has developed Bronchitis and a respiratory infection, and they’re hoping to announce replacement dates tomorrow, if possible.

Directed and produced by Puppy drummer Billy Howard Price, the video delves into their recent exploration of “Ascension & Transcendence…”

5. Radio 1 Rocks have announced their stellar lineup, including performances from Architects, Neck Deep, PVRIS and more.

Apply for tickets to see the biggest acts �� https://t.co/zhnPXgnRSH pic.twitter.com/3QoPkPgdUY

It’ll be taking place Oct. 31, and we just wish we could be there!

6. The Last Gang have announced their signing to Fat Wreck Chords.

The band will make their debut on the label with a two-song 7-inch, Sing For Your Supper, out Dec. 8.