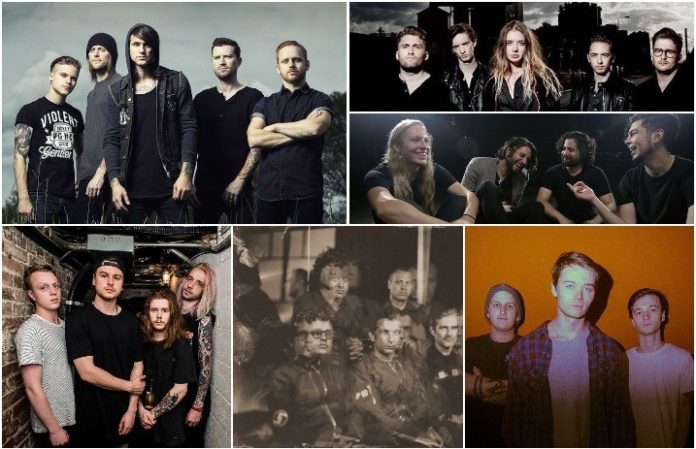 Hear new music from Marmozets, Mourners, tiLLie and more—plus, Blessthefall have signed to Rise Records. Check out the news you might have missed today below!

Read more: Are Post Malone and Bring Me The Horizon collaborating?

Marmozets released their new album, Knowing What You Know Now, which you can purchase here! The band also debuted a new music video for “Run With The Rhythm.” You can catch the band when they head out on tour—tickets and dates can be found here!

We are extremely proud to announce that we are now part of the @riserecords family. This is going to be a great year. More announcements coming on Monday.
Don’t forget to see us with Of Mice & Men on the DEFY TOUR starting next week! pic.twitter.com/PHqdqROiN0

Blessthefall have signed with Rise Records (with more announcements to come on Monday—we're freaking out). Be sure to catch the band on the road with Of Mice & Men. Tickets can be found here.

3. Milestones premiered a new song and announced their debut album.

We are so excited to announce our debut album ‘Red Lights’ will be out February 23rd! Check out the music video for our first single “Paranoid” and get the song instantly when you pre-order now. https://t.co/MGQ9DCOdVU

Milestones have announced their debut album, Red Lights, which will be out Feb. 23. You can get your merch bundles here or a digital copy here. The band also premiered their new song “Paranoid.”

4. At The Drive In released a digitial copy of Diamanté.

5 boys with guilty slingshots swaying to the Midwitch Sound. Blinded by the DIAMANTÉ. https://t.co/eri33jvxRd pic.twitter.com/AFIU2zJOK6

5. Secrets are set to release a self-titled album.

Announced last month, Secrets will be dropping their self-titled record Feb. 23. You can get a merch bundle here. The band will also be heading out on tour, and you can check out the dates and purchase your tickets here!

Following the success of their last single, “Audience Of None,” Coat Check Girl are back with their latest single, “Awake.”

Couldn’t be happier to announce we have joined the @ruderecords family. New music coming SOON.

The Weekend Classic announced they will be joining the Rude Records family. The band will be releasing their newest single “Cut Me Off” this Sunday, premiering on BBC 1. Tune in at 7 p.m. U.K. time/11 a.m. PST/2 p.m. EST.

tiLLie has premiered a new track, “Good Song.” You can catch her at her single release show with La Bouquet and Somme Jan. 30, and tickets can be found here.

Watch more: Tiny Moving Parts share their tips on how to be ‘Swell’