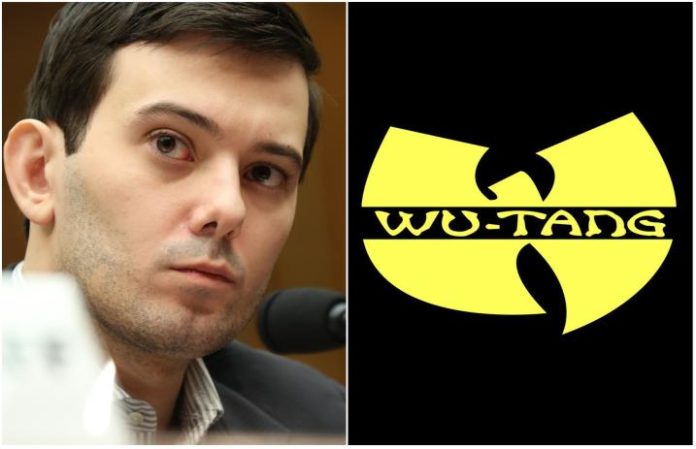 “Pharma Bro” and incarcerated Wu-Tang Clan fan Martin Shkreli is being forced to give up the rare (and only) copy of the rap group's one-of-a-kind album, Once Upon A Time In Shaolin, which he reportedly bought for $2 million in 2015.

As reported by Business Insider, a judge has ordered that Shkreli—the former pharmaceutical CEO who obtained the rights to a life-saving antiparasitic medicine, according to CNN, and hiked the drug's price to $750 per pill—forfeit $7.36 million in assets, including the Wu album, as part of a fraud conviction. Shkreli's currently in jail awaiting sentencing.

Once Upon A Time In Shaolin is an exclusive one-off album from the Wu, recorded in secret and sold to the highest bidder upon its 2014 reveal. Wu-Tang's RZA initially dodged any regrets about Shkreli's win of the record, but since then, Shkreli's unsuccessfully tried to unload the thing on eBay. (“He didn't have the right to do that,” RZA tells The Guardian.)

Shkreli reportedly played some of Once Upon A Time In Shaolin during a 2016 livestream, per the NME, but the special album's hefty price tag apparently includes terms that it can't be released commercially for 88 years.

Get RZA's take on Shkreli below: