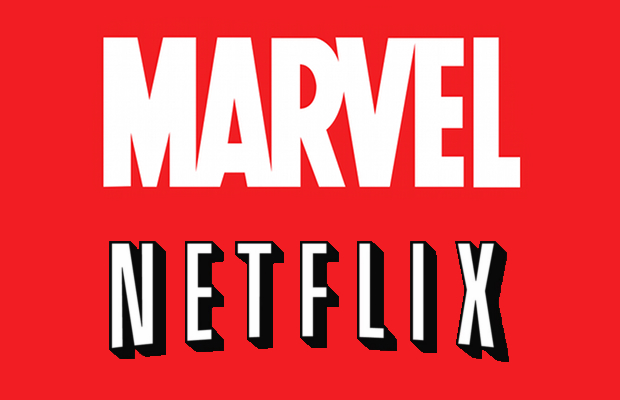 Disney's Marvel Studios, the production company responsible for the popular Avengers franchise as well as ABC's Agents Of S.H.I.E.L.D., announced late last week that they will partner with Netflix to produce four new live action television series as well as a mini-series, centered around lesser-known superheroes.

Tied into the Marvel Cinematic Universe (the interconnected franchise which encompasses Avengers and its offshoots), the Netflix partnership will begin in 2015 with a show focused on Daredevil, with Jessica Jones, Iron Fist, and Luke Cage set to follow over multiple years. Each series will contain a minimum of 13 episodes, and will culminate in a crossover mini-series, The Defenders, set in Hell's Kitchen, New York.

An unprecedented deal for Netflix, this platform allows Marvel to explore its characters on a different medium, and without the confines of traditional cable television distribution. Also, with its film franchise growing increasingly more cosmic (Thor 2, Guardians Of The Galaxy), The Defenders will allow Marvel an outlet to return things to earth, with more grounded, gritty realism.

The most recognizable of Marvel's upcoming television heroes, Daredevil was selected to provide some familiarity as a jumping off point for fans. Arguably better known than some of the characters Marvel has popularized on screen in recent years, Thor and Iron Man for example, Daredevil's one recent foray into film, starring Ben Affleck and helmed by FOX, was ultimately a flop. Marvel only recently regained the film and television rights to the blind crime fighter.

A relatively new superhero, Jessica Jones first appeared in the 2001 Brian Michael Bendis comic series Alias, and has never previously been depicted in film or television. Possessing the powers of superhuman strength and flight, Jones has never been apart of The Defenders team in comics, but has associations with both Spider-Man (a character which Marvel does not possess the TV rights for) and The Avengers, and is married to Luke Cage.

As associate of Daredevil and Luke Cage in comics, Iron Fist has been the subject of an on-again off-again planned film for over a decade. A product of the martial arts craze of the '70s, Iron Fist's character abilities include a mastery of chi and combat, as well as healing. Though the character has appeared as part of The Defenders team, he is better known as a member of Heroes For Hire.

Married to Jessica Jones and a Hero For Hire alongside Iron Fist, as well as a Defender in comics, Luke Cage is another gritty, combat-centric hero. A cult comic favorite, the character has also been subject to rumored film development for many years, with several prominent actors attached to the role at various points. Cage will finish out the Netflix/Marvel television plan, and presumably lead into The Defenders as a crossover, team up mini-series.

In addition the the Netflix deal, Marvel Studios head Kevin Feige also recently let slip that a second series for ABC was in development, following Agents Of S.H.I.E.L.D. Though a Guillermo Del Toro-produced Incredible Hulk show has been rumored for the past several years, the popularity of The Hulk character in Avengers makes it more likely the the upcoming Marvel ABC series will be something different entirely.

Are you excited for the Marvel/Netflix team up? Will you be tuning into The Defenders?