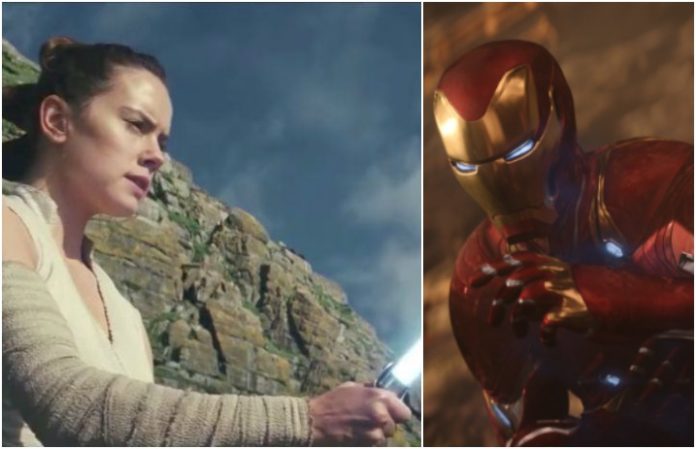 Lucasfilm President Kathleen Kennedy shared a very special (and super cool) congratulations note to Marvel for their record-breaking $258 million opening that featured a lightsaber being symbolically handed over to Iron Man along with a note:

“From a galaxy far, far away…to Earth's Mightiest Heroes…congratulations on the biggest opening weekend in history! From Kathy and everyone at Lucasfilm!”

Fandango managing editor Erik Davis pointed on on Twitter that the note featuring characters from one movie congratulating those from the record-breaking film is a long-standing tradition started by Steven Spielberg, who congratulated George Lucas on Star Wars breaking Jaws' box office records with a picture of R2-D2 hooking himself a great white shark. Lucas later returned the sentiment after Spielberg's E.T. took back that record with a picture of E.T. being held up by Star Wars characters.

�� Lucasfilm’s Kathy Kennedy continues the tradition that began between George Lucas and Steven Spielberg, who sent letters to congratulate the other on breaking their previous record#StarWars #InfinityWar pic.twitter.com/tpaaaKE9I7

Previously, Star Wars: The Force Awakens held the top spot with $248 million. Globally, Infinity War is estimated to top $700 million by the end of this weekend. The numbers are already astounding, and will only continue to climb considering the film still has its China debut mid-May.

How many more records can we expect Infinity War to break? Give us your guess in the comments below!