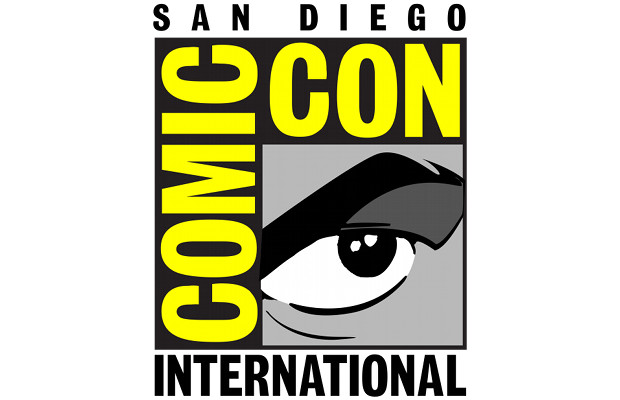 Though the Disney-owned entertainment juggernaut opted not to announce anything new, they unloaded TONS of exclusive details on most all of their in-development projects, and boy did they bring their A game (that's “A” for Avengers).

Marvel Studios CEO Kevin Feige kicked things by off by inviting Loki (The Avengers and Thor's Tom Hiddleston, in character) to the stage to antagonize the audience as only a supervillain can, in an extended introduction for new Thor: The Dark World footage. The next film in Marvel's second phase of its Avengers-canon (following Iron Man 3), The Dark World will hit theaters Nov. 8, and will show Thor and Loki reluctantly teaming up to take on an even greater foe. The new footage screened at Comic-Con, which is not available online, is said to depict even heavier fantasy elements and space-based settings, continuing Marvel's shift towards more cosmic storylines. Here's Loki's introduction:

Joe and Anthony Russo, directors of the upcoming Captain America: The Winter Soldier (and best known for their work on television comedies Community and Arrested Development), were joined by the cast of the film, including star Chris Evans, to screen footage and discuss new details. The Winter Soldier, set to debut April 4, 2014, will directly follow the events of last year's The Avengers, and is said to take on a more fast-paced action movie tone than its predecessor. Here are some highlights from the panel:

The first Marvel film set to break from its Avengers characters, Guardians of the Galaxy, just started filming mere weeks ago in London. Nonetheless, director James Gunn and the star-studded cast made a surprise Comic-Con appearance, to check in and screen some very early footage. The film could loosely be described as The Avengers set in space, and will include an ensemble cast, along with some of the studio's most ambitious characters and storylines to date. Check out some panel highlights:

Marvel chose to close out their presentation with a small tidbit of huge news, presented by The Avengers' director Joss Whedon: the film's sequel, which was already announced for a May 1, 2015 release, will be officially titled Avengers: Age Of Ultron. What's the significance? Let's nerd out for a moment:

Though (SPOILER ALERT) the villain Thanos was teased at the end of the original Avengers, the inclusion of Ultron means that Thanos will, in all likelihood, not appear as the main antagonist this time around. A longstanding foe of the Avengers, in comics Ultron is a seemingly indestructible sentient robot, bent on conquering the earth. He was created by scientist Henry Pym, better known as Ant-Man, which all but confirms that character's inclusion in Age Of Ultron, ahead of Edgar Wright's planned Nov. 6, 2015 Ant-Man film (UPDATE: Whedon is saying that this version of Ultron won't involve Pym – but bear in mind, we're still in the very early stages of development).

Also, lending credence to casting rumors, the recent Age Of Ultron comic book arc, written by Brian Michael Bendis (which Whedon has confirmed will not directly dictate the film's plot) prominently includes the characters Luke Cage and Vision. The Rock and Vin Diesel, respectively, have allegedly been in talks for those parts.

This is Ultron. He's one bad dude:

In addition to the return of the original Avengers cast, Age Of Ultron is also said to introduce the characters Quicksilver and the Scarlet Witch, with actor Aaron Taylor-Johnson (Kick-Ass) rumored to be the favorite to portray the former.

Outside of Marvel's official panel, the studio also held a Q&A to discuss their upcoming foray onto the small screen, Agents of S.H.I.E.L.D., set to premiere Sept. 24, on ABC, with the cast and crew, including creator Joss Whedon. Check out the full panel:

And on the Marvel properties outside of the Marvel Cinematic Universe front (meaning franchises licensed to other film studios, which aren't part of the same narrative world as The Avengers) X-Men: Days Of Future Past made a strong showing at Comic-Con, with a surprise full cast panel. The film, which will drop May 23, 2014, blends the cast of the original X-Men films with the recent '60s-set X-Men: First Class, using time travel. Check out the full panel below: 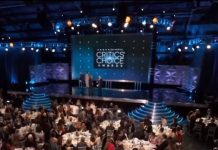