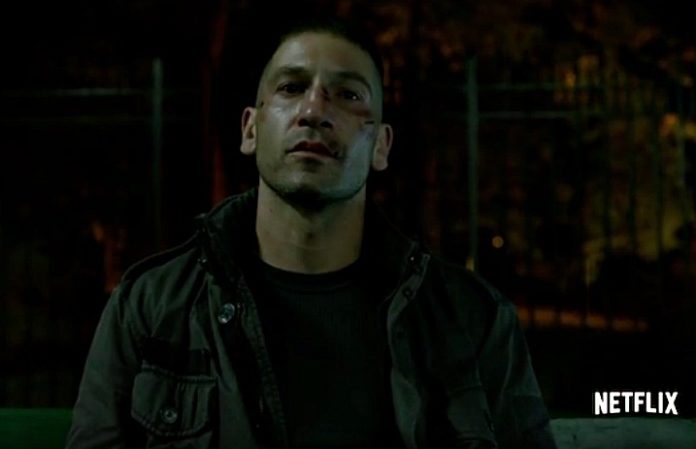 The Punisher hit a bullseye with Daredevil Season 2, and now he's got a series of his own in his sights.

Netflix has confirmed plans for a series order of Marvel's The Punisher, as first reported by Entertainment Weekly earlier today.

The vigilante antihero first introduced to comic book readers in a 1974 issue of The Amazing Spider-Man entered the Marvel Cinematic Universe via the second season of Daredevil, the flagship series of Marvel Televisions's extensive partnership with Netflix. Jon Bernthal, a former series regular on The Walking Dead, will return as the military veteran turned scourge of the criminal underworld following his acclaimed portrayal of the hardened hero also known as Frank Castle.

Previous onscreen incarnations came courtesy of Dolph Lundgren (The Punisher, 1989), Thomas Jane (The Punisher, 2003) and Ray Stevenson (Punisher: War Zone, 2008). Jane returned for the unauthorized short, Dirty Laundry. The response to Dirty Laundry at San Diego Comic Con proved interest in the character remained high. Bernthal is the first actor to don the Punisher's trademarked skull symbol in the Marvel Cinematic Universe, since the rights to the character reverted fully to the studio.

Steve Lightfoot (Hannibal) will serve as showrunner on The Punisher. Netflix has already produced two seasons of Daredevil and one season of Jessica Jones. Production recently wrapped on Luke Cage, based on the character introduced in Jessica Jones. Luke Cage hits Netflix on September 30. Cage's “Heroes For Hire” comic book BFF, Iron Fist, gets his own series after that, followed by The Defenders, which will feature Daredevil, Jessica Jones, Luke Cage and Iron Fist joining forces.

The Punisher has a long history with heavy music. The second half of the Megadeth song “Holy Wars… The Punishment Due” is about Frank Castle. Biohazard sampled a bit of the Dolph Lundgren Punisher film and more recently, The Great Commission singer Justin Singh cosplayed as the Marvel vigilante.

Check out the very brief teaser Netflix posted to their official Facebook page below.